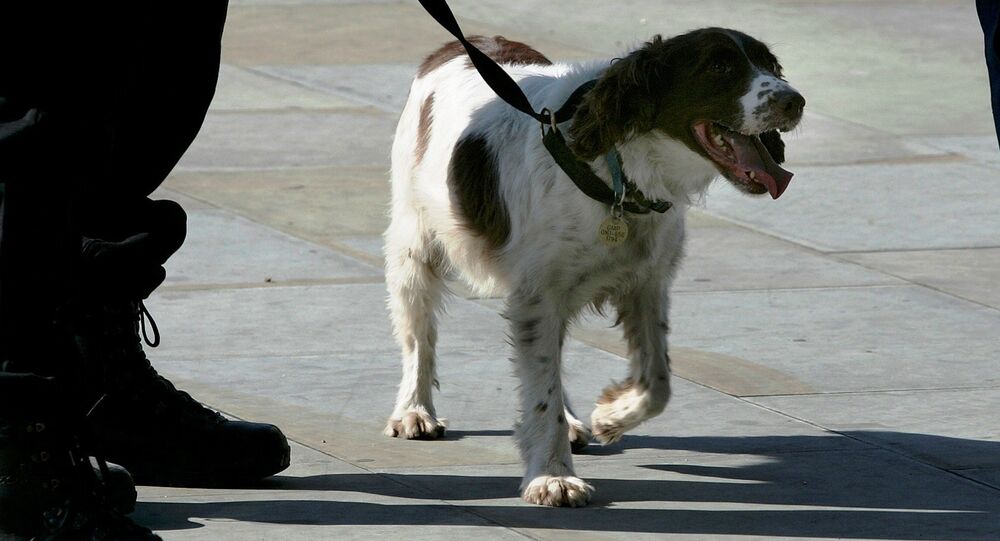 Sniffer dogs deployed to snout out Class A drugs at Britain's third biggest airport find more cheese and sausages than heroin and cocaine, according to a report into customs and immigration at Manchester Airport.

The Chief Inspector has published his report on Border Force Operations at Manchester Airport. https://t.co/J9WH3b5KYa

The only accurate detections the dogs made were "small amounts of cheese or sausages", brought back by British holiday makers.

The critical report presented to the UK's Home Office suggests dogs deployed to sniff out drugs in customs had become too predictable and therefore, "less effective against experienced smugglers."

To be fair to the Manchester Airport sniffer dogs, cheese and sausages are a danger to more Brits' health than drugs are

The UK Border Force has since raised questions over how effective drug detector dogs are at Manchester Airport.

The dogs unit, equipped with brand new kennels for 12 canines, cost US$1.77million (£1.25m), but only housed seven dogs which according to the report represented a "low return on investment".

'Regrettably no sniffer dog from Manchester was available for comment'

The cheese and meat brought back by tourists pose a low risk to public health; instead, the report found that it would have been better for the dogs to detect 'bushmeat', which refers to mammals (not household pets), reptiles, amphibians and birds — which do pose a considerable threat to public health.

Senior management have agreed to take a "fresh look" at the dog's deployment over revelations they have a penchant for snorting cheese and sausages, rather than Class A drugs.

Cocaine Worth $100,000 Disguised as Candy Found at New York Airport

Woman Busted at New York Airport With Over $73,000 of Cocaine in Underwear