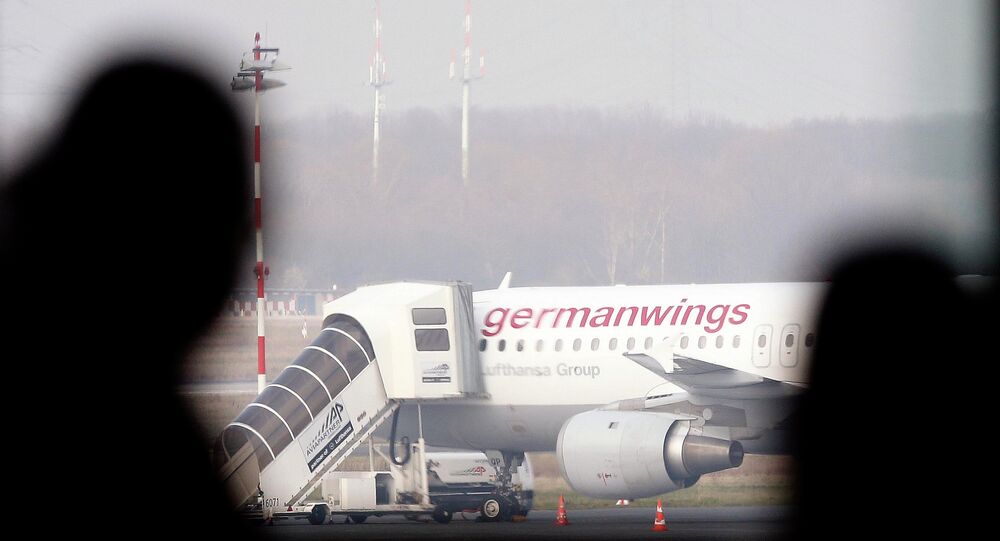 Relatives of Germanwings passenger plane victims, who died in the March 2015 plane crash in the French Alps, have filed a lawsuit against the US-based flight school, in which co-pilot Andreas Lubitz, who deliberately crashed the plane, was trained.

BERLIN (Sputnik) — On March 24, 2015, the Germanwings Airbus A320 flying from Barcelona to Dusseldorf crashed in a remote area of the French Alps killing all 150 people on board. According to the information from the plane’s black boxes, Lubitz deliberately crashed the plane after locking the pilot out of the cockpit.

© REUTERS / Gonzalo Fuentes
Cabin Pressure: Its Not Just the Pilots Who Need to See a Psychiatrist

"The lawsuit against the flight school has been filed to the federal court of Arizona where this institution is located. It is happening right now, at this moment," Elmar Giemulla, the German lawyer, who represents dozens of victims' families, told RIA Novosti.

According to the lawyer, the relatives seek to get the compensation from the flight school and to find out whether this school somehow affected the disaster.

Up and Away: Italian Pilot Threatened to Crash Passenger Jet if Wife Left

Really? 2015 Was the Safest Year in Aviation in Half a Decade