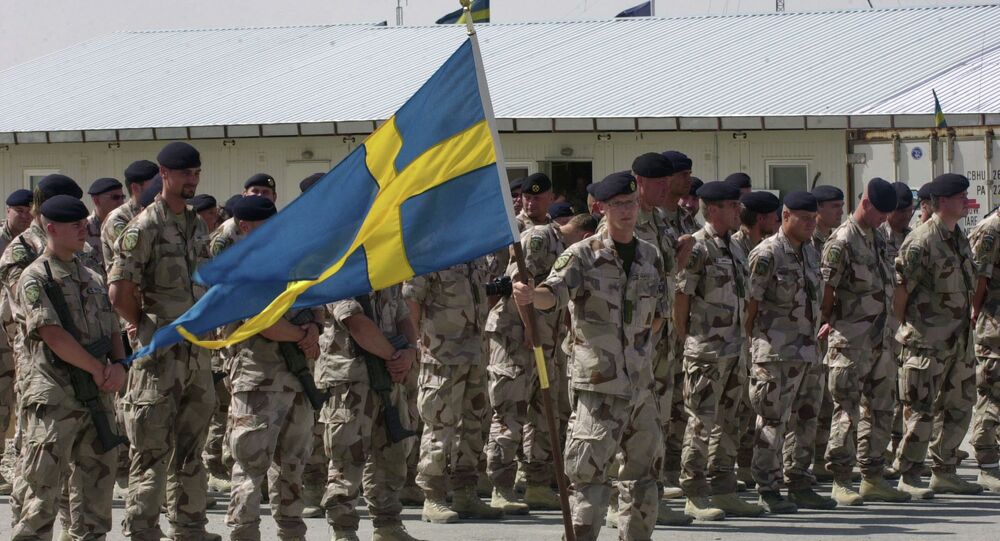 NATO and Sweden have developed active cooperation in the defense sector, including education and training as well as other military issues. Although Sweden is formally not a NATO member, the country signed a so-called host nation support agreement with the military alliance in 2014.

© AFP 2020 / JOHN THYS
Senior NATO Official Calls on Sweden to Join Bloc
Close relations between Stockholm and NATO raised assumptions about possible entry of the country into the bloc. The issue of Sweden's membership in NATO has even split Swedish voters into two camps, Swedish newspaper Aftonbladet reported.

Many researchers and politicians are convinced that Sweden's membership in NATO is only a matter of time, especially after the government signed the agreement enabling NATO countries to transport armed forces through Sweden in peacetime and simplifying the procedure for NATO troops' participation in military exercises in Sweden.

At the same time, Sweden's Minister of Defense Peter Hultqvist argues that such assumptions have nothing to do with reality.

"[…] The threat that Sweden will change its political course is used to stir up the conflict among the public," the politician wrote for the newspaper.

According to Hultqvist, the current debate over Sweden's possible membership in the military alliance is aimed at creating an atmosphere of uncertainty about Sweden's foreign policy.

"After a number of discussions I've got the impression that these rumors and speculations are spread by right-wing politicians and researchers who have a wishful thinking and use false information as a political lever. They simply want to spread uncertainty about what Sweden is going to do," Hultqvist wrote.

The principle of neutrality has been a kind of trademark for Sweden since the 19th century. Sweden is a non-aligned country with regard to foreign and security policy, although it maintains friendly relations with NATO.

"The Swedish course is aimed at improving defense capabilities along with the active co-operation with other countries and organizations," the official wrote. "The position of Sweden to NATO is clear and is being respected. Cooperation — yes, Membership — no," Hultqvist concluded.