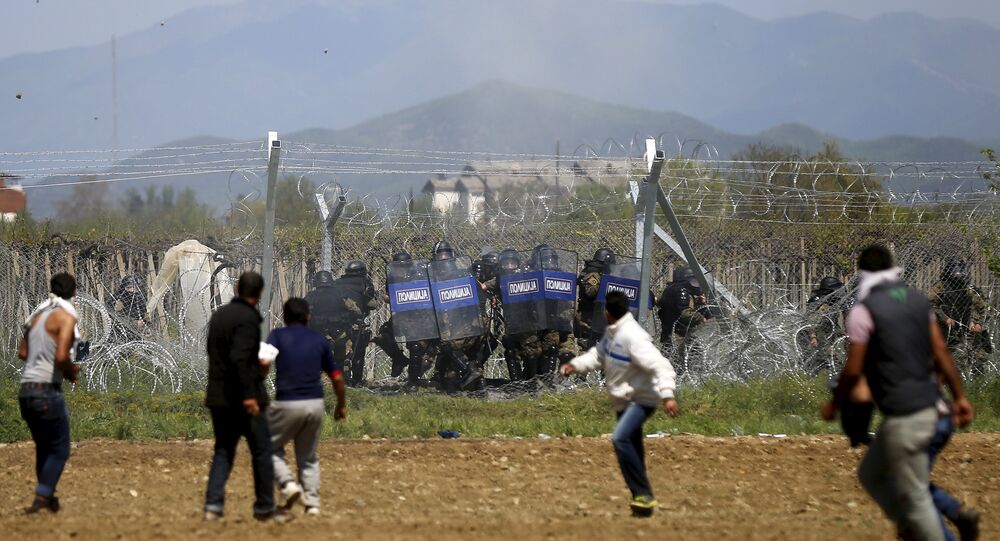 Macedonian police used tear gas against refugees near the Greek town of Idomeni on the Macedonian-Greek border on Wednesday, a Greek news outlet reported.

ATHENS (Sputnik) — According to the To Vima news outlet, a group of refugees attempted to break down a fence at the border, prompting the police to use stun grenades and tear gas to disperse the crowd.

Around 100 people are remaining near the fence and demanding to open the border, the news outlet reported.

© REUTERS / Murad Sezer
Over 200 Migrants Transported to Turkey From Greece on 1st Day of EU-Ankara Deal – Frontex
On Sunday, several hundreds refugees attempted to cross the border at the Idomeni camp. The crowd reportedly was trying to cut the barbed wire, throwing stones and other objects at police, which were forced to use tear gas and stun grenades to repel the attack.

Macedonia closed its border with Greece to incoming migrants in February after other countries along the Balkan route had closed their frontiers, including Serbia, Hungary, Croatia, Slovenia and Austria. The border closures have resulted in thousands of refugees being stranded in Greece, particularly along the border with Macedonia.