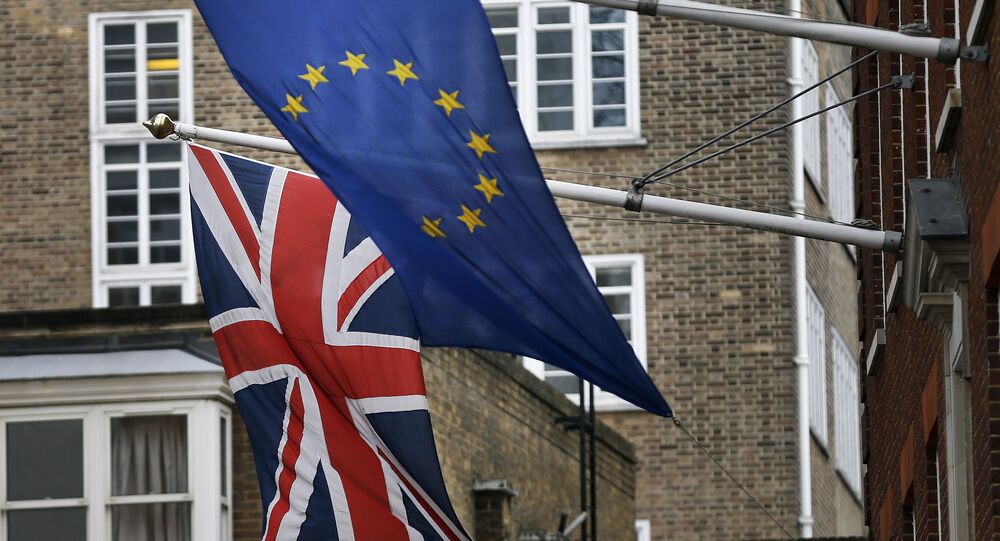 The eurozone labor market crisis encourages southern European migrants to head to the United Kingdom, the British migration watchdog said in a report on Wednesday.

MOSCOW (Sputnik) — The report noted that last year about 71 percent of EU citizens coming to the United Kingdom for at least one year said that they were coming for work, and almost 60 percent of them already had particular job plans or arrangements.

"Record high employment rates and low unemployment in the UK contrast with continued weak labour market conditions in some Eurozone countries, such as Spain, where unemployment in 2014 was still well above 20% <…> The Migration Advisory Committee in 2014 pointed to the UK’s flexible labour market with low costs to employers as a key factor that is likely to have encouraged demand for migrant labour. It also pointed out that enforcement of minimum wages has been weak," the Migration Observatory said.

© AFP 2020 / EMMANUEL DUNAND
Brexit Campaign: UK Health Service Loses $999Mln on Treating EU Citizens
Over the recent years, such European countries as Poland, Romania, Spain, Italy, Hungary and Portugal, have made up the majority of EU migration to the United Kingdom, the report stressed.

The research team noted in the report that there was no single dominating factor which boosted migrants' interest in moving to the United Kingdom, but a mixture, which also included ubiquity of English as a global language of communication, poorer economic situation in other EU countries, or the peculiarities of demographics in a particular EU member state.

Support for UK's Remaining Within EU Marginally Leads by 1% - Poll

Is This Even Legal? EU Court to Investigate UK Surveillance Bill

Support for UK’s Exit From EU Leads by 2% - Poll