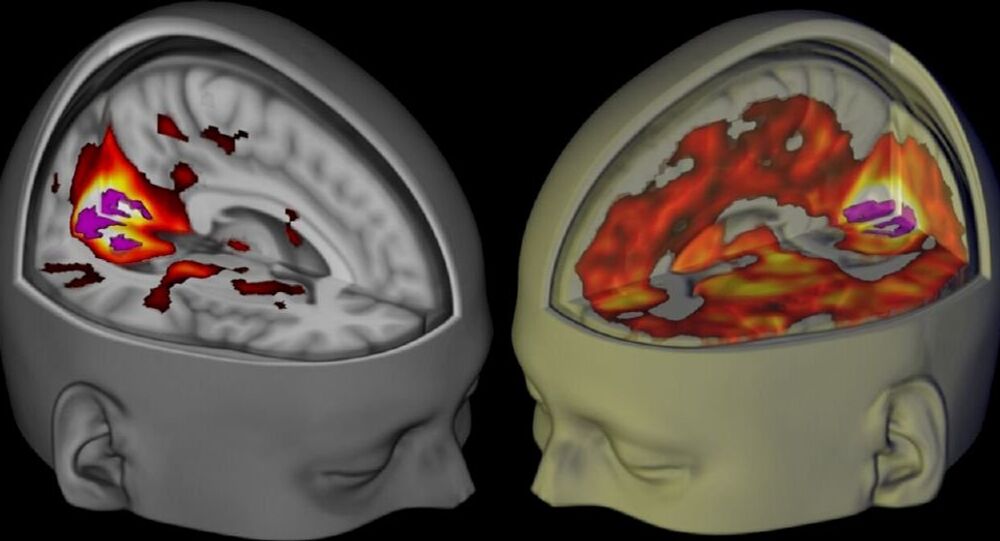 Taking the hallucinogenic drug LSD can make the brain more "unified" and "complete," according to a groundbreaking new study that researchers say could provide a breakthrough in neuroscience research.

The study, conducted by researchers from Imperial College London, found that the drug helped to break down parts of the brain that usually operate separately, leading to a more "integrated or unified brain."

Today we release the results of the first ever modern brain imaging study of LSD, published in PNAS

"Normally our brain consists of independent networks that perform separate specialized functions, such as vision, movement and hearing — as well as more complex things like attention," said Robin Carhart-Harris, who led the research team.

"However, under LSD the separateness of these networks breaks down and instead you see a more integrated or unified brain."

'LSD Could Free Brain From Constraints'

The study, which saw 20 psychologically and physically fit volunteers take LSD and a placebo, also seemed to back up suggestions that hallucinogenic drugs could actually trigger creative and imaginative impulses.

"Our brains become more constrained and compartmentalized as we develop from infancy into adulthood, and we may become more focused and rigid in our thinking as we mature," Carhart-Harris said.

"In many ways, the brain in the LSD state resembles the state our brains were in when we were infants: free and unconstrained… This also makes sense when we consider the hyper-emotional and imaginative nature of an infant's mind."

Fellow researcher David Nutt, who previously worked as the British government's drug adviser, said the findings were a huge breakthrough for neuroscientists worldwide.

"Scientists have waited 50 years for this moment — the revealing of how LSD alters our brain biology," he said.

"This is to neuroscience what the Higgs boson was to particle physics," he added.

Nutt also said the findings could have hugely beneficial impacts for those suffering from various mental conditions.

"For the first time we can really see what's happening in the brain during the psychedelic state, and can better understand why LSD had such a profound impact on self-awareness in users and on music and art. This could have great implications for psychiatry, and helping patients overcome conditions such as depression."

A History of Hallucinogenic Concern

While the reaction to the most recent study has been overwhelmingly positive, the use of hallucinogenic drugs has long been a controversial matter for the medical world.

© AP Photo / Drug Enforcement Administration
Far Out: Psychedelic Drugs Show Great Promise for Medical Treatment
LSD, or lysergic acid diethylamide, had a huge impact on psychology and psychiatric research in the 1950s and 1960s, however it was banned after concerns were raised about the effects it was having on youth culture at the time.

There was further criticism of the use of LSD in medical research after the details of the CIA's Project MKULtra came to light in the late 1970s.

Under the study, which was also referred to as the CIA's 'Mind Control Program', the agency undertook a series of illegal experiments aimed at finding drugs that could be used in the lead up to interrogation and torture in order to weaken the suspects and force them into confessions.