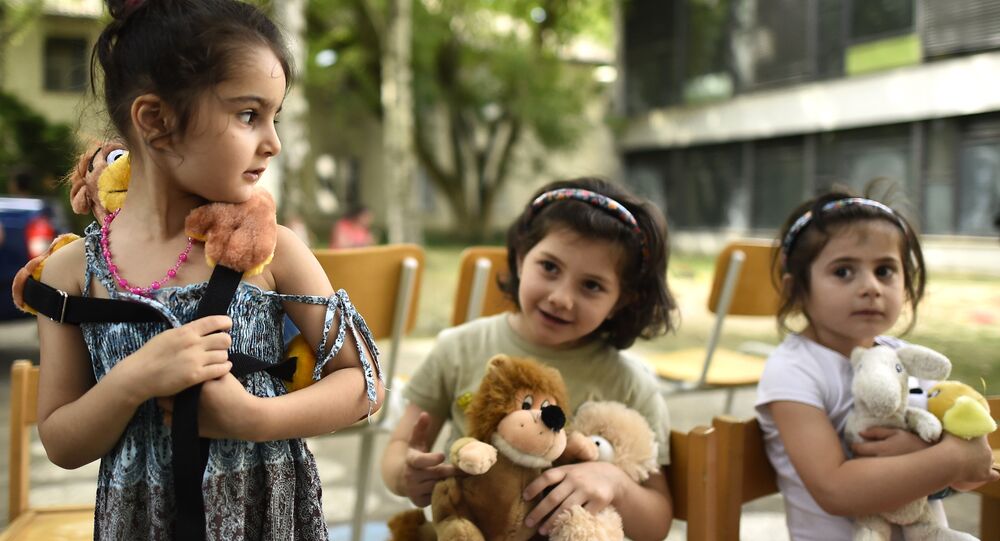 A report carried out by the Funke Mediengruppe newspaper revealed that 5,835 refugee children became unaccounted for in 2015, with 555 of them being under the age of 14. The initial, higher, figure of 8,006 was later corrected after 2,171 reported missing children were tracked down.

Most of the disappeared minors had reportedly come to Europe from Afghanistan, Syria, Eritrea, Morocco and Algeria, according to Berlin's Interior Ministry. No official explanation of how so many kids could have vanished into thin air has been provided.

Some 6000 missing minor #refugees in #Germany feared to have fallen victims to exploitation https://t.co/H1Lv5QaUF0 pic.twitter.com/Qohtih3nDy

The news has worried the authorities, which underlined how vulnerable young refugees could have fallen into the hands of criminals and extremist Islamist recruiters.

Stranded kids could end up becoming the cannon fodder for terror organizations such as Daesh (also known as ISIL), the President of the German Federal Office for the Protection of the Constitution Hans-Georg Maassen claimed.

"Salafists and other Islamists are trying to recruit refugees to their ranks," he warned.

"We have already registered 300 attempts to start a conversation. I am particularly worried about many unaccompanied minors. This group is targeted most of all."

© REUTERS / Jamal Saidi
10,000 Migrant Children Vanish Without Trace in Europe
Green Party spokesperson Luise Amtsberg lambasted Angela Merkel's government for not being proactive enough regarding this issue, calling for more action against "the dangers of forced prostitution and exploitation."

The German figures emerge after the Europol's announcement, last January, that since mid-2014 over 10,000 minors have disappeared after entering the EU.

Another recent report from London-based Bureau of Investigative Journalism estimated that, overall, the number of minor refugees that have reached Europe throughout 2015 had grown four-fold compared with the previous year — passing from from 23,572 in 2014 to at least 95,070 last year.