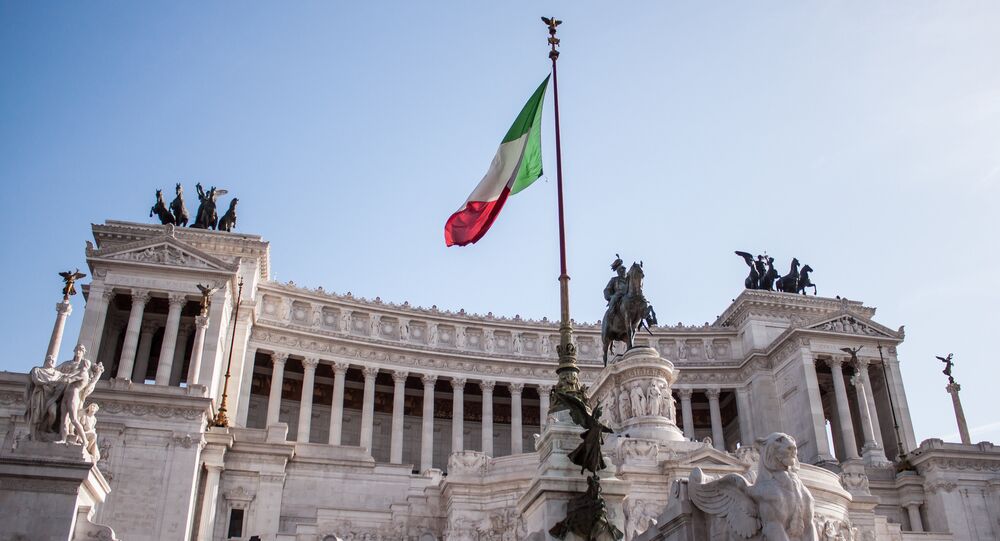 MOSCOW (Sputnik) – The size of the fund has not been disclosed by the private manager, but chief executive of mid-tier lender Banca Popolare dell’Emilia Romagna, Alessandro Vandelli, reportedly valued it at 5 billion euros.

© AFP 2021 / FILIPPO MONTEFORTE
Italian Prime Minister Slams EU for 'Wrong’ Economic Policy
The Italian government was said to delegate the announcement to Quaestio because it wanted to portray the fund as an "industry initiative" so that Rome did not violate European rules against unfair state aid.

One of the fund’s first steps would be to intervene in the $1.9-billion recapitalization of the Banca Popolare di Vicenza next week, the outlet said, citing Italy’s financial news services.