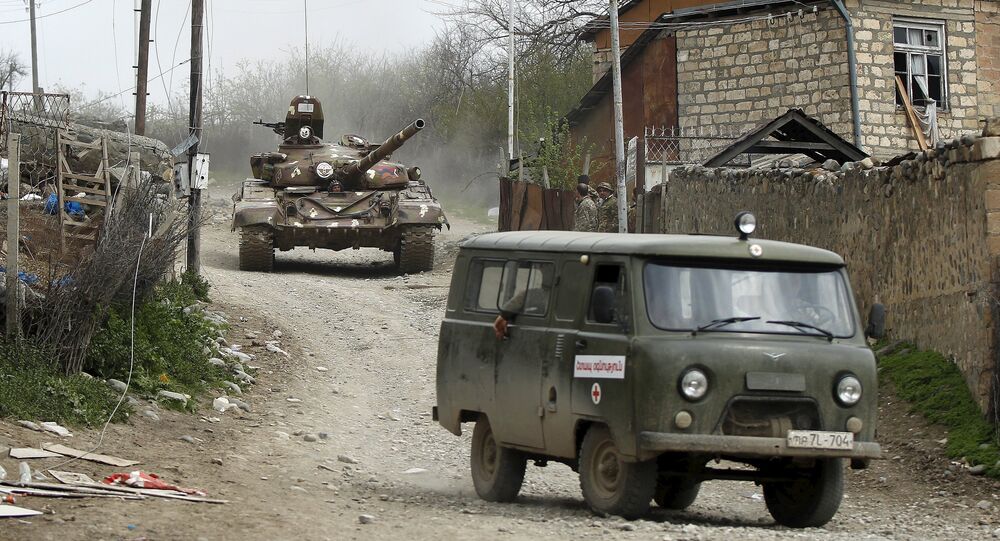 Azeri troops returned fire against the Armenian Armed Forces who had allegedly breached the truce in Nagorno-Karabakh.

MOSCOW (Sputnik) – The Armenian Armed Forces have violated the ceasefire along the line of contact in the de facto independent Nagorno-Karabakh Republic 100 times in the past 24 hours, the Azerbaijani Defense Ministry’s press service said Tuesday.

On April 2, Armenia and Azerbaijan declared a dramatic escalation of hostilities in the Nagorno-Karabakh region. Baku and Yerevan traded blame for breaching the truce in the conflict and reported heavy fighting in the area.

© AP Photo / Davit Abrahamyan
Nagorno-Karabakh Crisis Could Get Messy If New Arms Suppliers Emerge
Initially, the conflict in Nagorno-Karabakh began in 1988, when the Armenian-dominated autonomous region sought to secede from the Azerbaijan Soviet Socialist Republic, before proclaiming independence after the Soviet Union's collapse in 1991. The conflict escalated further in September 2015, with the sides blaming one another for violating the truce.