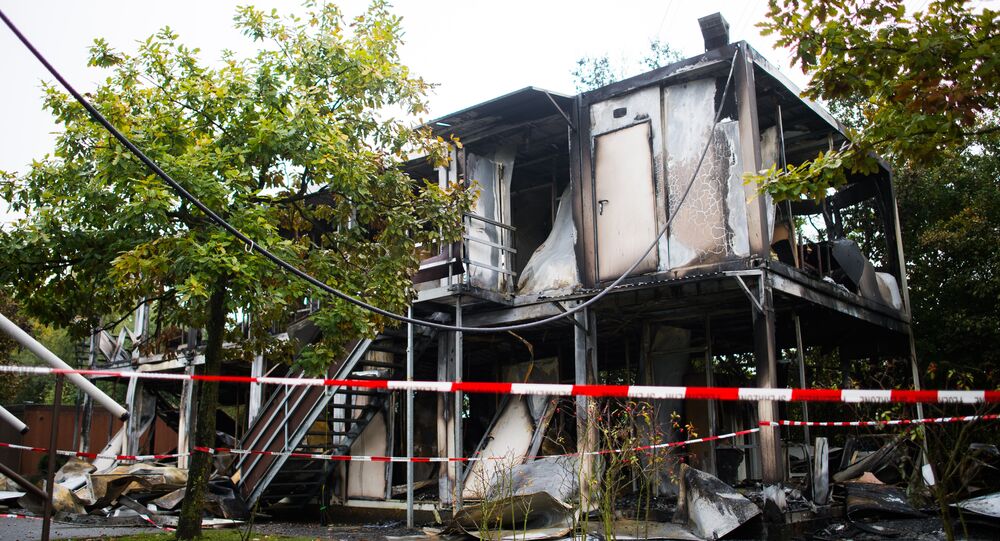 A 26-year-old asylum seeker from Syria was arrested by German police near the city of Mainz after he lit a refugee shelter on fire and drew several swastikas on the walls, German newspaper Die Zeit reported.

© AFP 2020 / Christof Stache
Our Way or the Highway: Germany Wants Refugees to Assimilate or Leave
The motives for his crime, as the perpetrator told the police, were poor living conditions in Germany and the lack of future prospects for refugees.

In this way, he allegedly wanted to draw attention to the overall poor situation with refugees in the country, but had underestimated the dimension of the fire, the newspaper wrote.

During interrogation, the young man first denied his guilt, but then confessed to having caused the fire in the house as well as having sprayed swastikas on the basement entrance. In this way, he wanted to distract authorities and draw a red hearing across the pass.

According to police, the Syrian lived at the property for about half of a year. As result of the fire, six people suffered minor injuries, the house was temporarily evacuated.

Europe has been beset by a massive refugee crisis, with hundreds of thousands of undocumented migrants fleeing their crisis-torn home countries in the Middle East and North Africa in search of asylum in stable and wealthy EU states.

© AP Photo / Markus Schreiber
Germany Expects 3.6 Million Refugees to Arrive by 2020 – Economy Ministry
Refugees are expected to stay in temporary refugee facilities for about three months, but due to the long asylum application process most of them have to stay there for nine months and longer, Focus Online reported.

Life in small containers, uncertainty about the future and private tragedies are a dangerous mixture that often leads to explosive effects and violence in refugee shelters. According to the newspaper, the number of conflicts in refugee facilities is constantly growing, proportionally with the increasing influx of newcomers to the country.