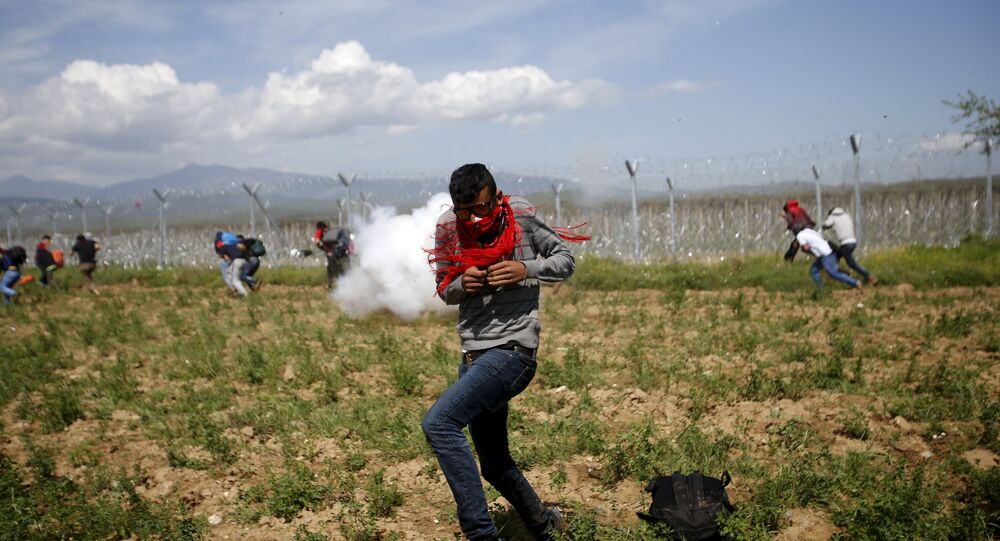 MOSCOW (Sputnik) - Earlier on Sunday, up to 200 refugees attempted to cross the border after gathering on a railway line, media reports said.

"We're treating patients for injuries sustained during beatings and for exposure to tear gas," the MSF said in its Twitter account.

We are treating this 16 year old child after he was allegedly beaten by authorities... pic.twitter.com/Usmxi2VEhP

UPDATE: We have added another medical team and now have 3 teams working in #Idomeni. pic.twitter.com/OxZ5gQS4u5

Macedonian police fired teargas directly into the camp, the MSF added, stating that three medical teams are working to treat those injured after an additional team was mobilized.

Refugees in #Idomeni say: "Today - we either break the fence or we die" more ppl arriving all with bags @Ruptly pic.twitter.com/lUdAeXpTYV

The organization showed pictures of an injured pregnant woman and a 16-year old allegedly beaten by police.

UPDATE: Even our staff are affected. Tear gas is being fired directly into the camp which is home to1000s. pic.twitter.com/DCOpz9GgmC