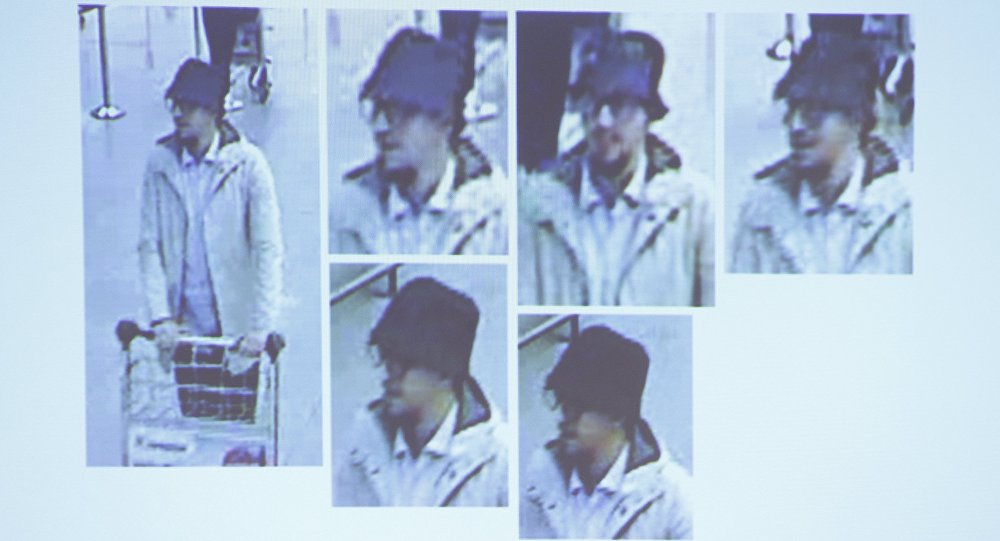 Terror Suspect Abrini Admits Being With Terrorists at Brussels Airport

Mohamed Abrini, suspected of being involved in November 2015 attacks in Paris and arrested by Belgian police, could be the third man wearing a hat and accompanying the terrorists at Brussels airport on March 22, according to the Belgian federal prosecutor.

MOSCOW (Sputnik) — Mohamed Abrini, suspected of being involved in November 2015 attacks in Paris, admitted he was the third man wearing a hat and accompanying the terrorists at Brussels airport on March 22, the Belgian federal prosecutor announced Saturday.

© AP Photo / Virginia Mayo
Belgian Prosecutor's Office Confirms Arrest of 6th Brussels Attack Suspect
Abrini has been linked to Paris attacks suspect Salah Abdeslam, who was detained in Belgium in March. Security footage from a Ressons gas station, filmed in early November, shows the two men together in a car that was later used in the attacks.

"He was shown the results of various expertise and admitted his presence… He said he had thrown his jacket in a trash can and then sold his hat," Le Soir newspaper cited the prosecutor’s statement as saying.

In late March, two suicide blasts ripped through the departure hall of the airport in the northeastern municipality of Zaventem while another explosion hit the Maelbeek metro station near the headquarters of the EU institutions in Brussels, killing over 30 people and injuring at least 300.