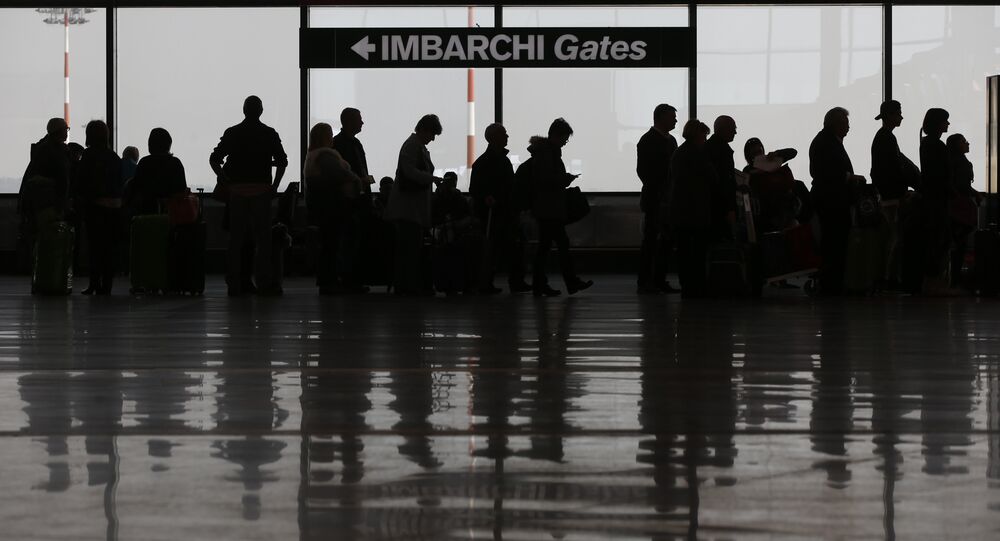 About 200 flights were canceled and postponed on Saturday in Italy over a 4-hour strike of air traffic controllers.

© REUTERS / Yannis Behrakis
Clearing the Air: Greek Civil Servants' Strike Grounds Int'l and Domestic Flights
ROME (Sputnik) – Several Italian air traffic control unions, including UNICA, ANPCAT and Fata Cisal, announced the strike on Friday, adding that the action was planned to protest a number of terms of the collective agreement, in particular those related to the retirement age.

According to the Italian Civil Aviation Authority (ENAV), some 50 percent of the trade unions' members joined the strike, that lasted from 9:00 GMT to 13:00 GMT. However, according to the current Italian legislation, mandatory minimum services on the part of air traffic controllers was secured.

The strike did not cause havoc as the majority of airlines, operating flights to Italy, canceled flights, scheduled for the time of the action, immediately after it was announced on Friday and promptly notified the passengers.