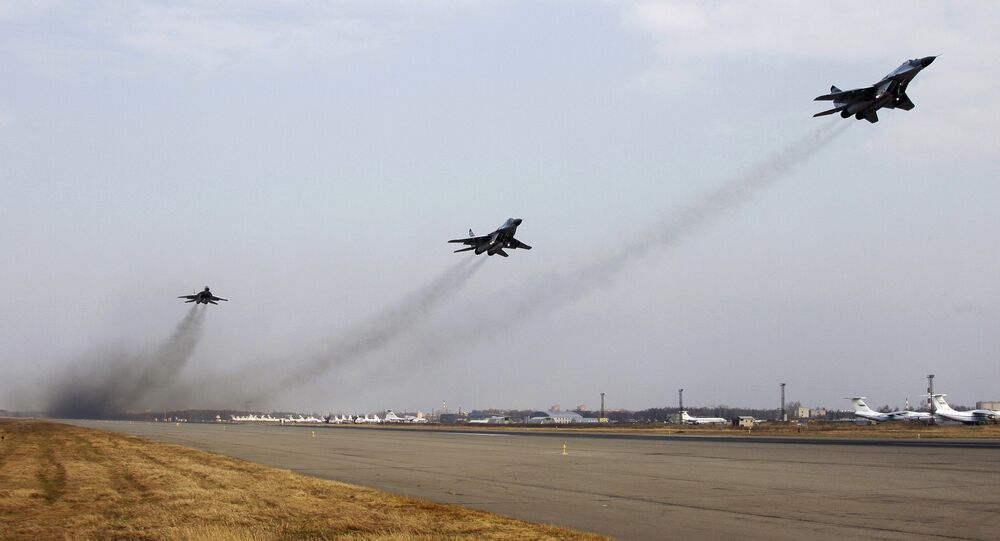 The deployment of a Russian airbase in Belarus is not on the agenda, but the prospect looms large, Belarusian Foreign Minister Vladimir Makei said Friday.

MOSCOW (Sputnik) — The issue of creating a Russian airbase in Belarus is currently closed but the discussion could return to the table depending on the circumstances, Belarusian Foreign Minister Vladimir Makei said Friday.

"If the need arises, in any case, we can return to this issue, but at this stage, it seems to us that there is no sense to speak of the placement of a Russian military base on the territory of Belarus. At this stage the question is closed. But it does not mean that it would be impossible to return to it if the relevant circumstances change," Makei told RIA Novosti.

© Sputnik / Alexei Druzhinin
No Talks on Russian Airbase in Belarus During Putin's Visit - Belarus Defense Minister
In September, Russian President Vladimir Putin ordered to sign an agreement for the establishment of a Russian airbase in Belarus.

In October, Kremlin spokesman Dmitry Peskov said that Putin and Belarusian leader Alexander Lukashenko had discussed details regarding the establishment of the airbase.

No Country for Old Planes: What Could U-2 Aircraft Spy in Russia