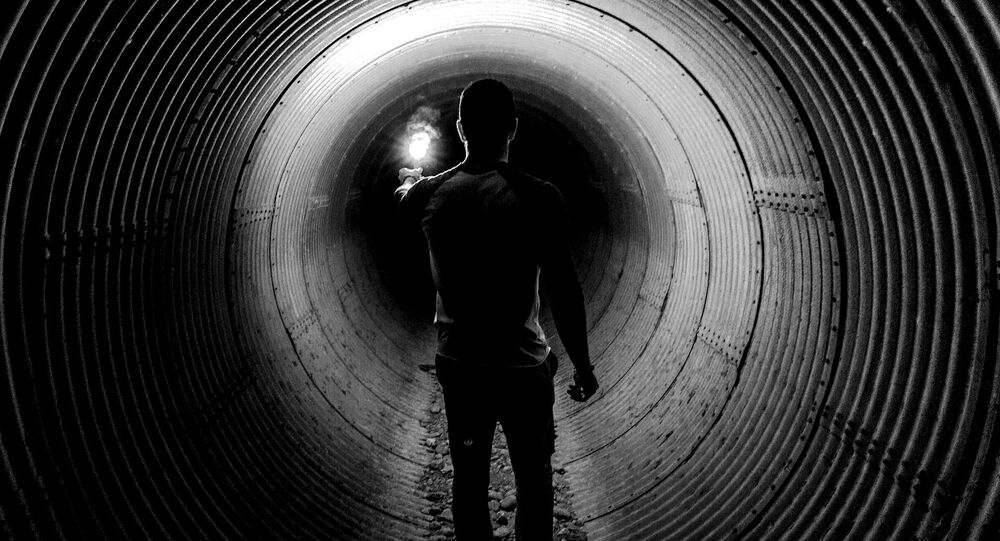 No Light at the End of the Tunnel: Amnesty Slams EU-Turkey Refugee Deal

Amnesty International has said the EU-Turkey deal over migrant relocation is a "setup that is so flawed, rushed and ill-prepared is ripe for mistakes, trampling the rights and well-being of some of the most vulnerable people."

The human rights campaign group has joined the UN refugee agency UNHCR, Médecins Sans Frontières, the International Rescue Committee, the Norwegian Refugee Council, Save the Children and Red Cross in saying the EU-Turkey deal is either immoral or illegal as the 'hotspots' have become detention centers. They also say Turkey is not a 'safe country' for migrants to be returned to, under the Geneva Convention.

Now, more than ever, is the time to speak out for #refugees' human rights: https://t.co/cfJZVEXHAK #WithRefugees pic.twitter.com/yRPq41j8vL

In a damning report, Amnesty said thousands of refugees and migrants are being held "arbitrarily in appalling conditions amid growing uncertainty, fear and despair over their fate" under the new EU-Turkey refugee deal, under which migrants who arrive in Greece after March 20 are being processed in 'hotspots'.

Those who are declared "irregular migrants" — those who do not meet the criteria for the granting of asylum — are deported back to Turkey where many NGOs and the UNHCR say their fate is unknown.

© AFP 2021 / Louisa Gouliamaki
Refugees and migrants including children who left the Chios registration camp, shout slogans and hold placards reading "'No Turkey" during a protest on April 3, 2016 as they camp out in the port of Chios.

"On the edge of Europe, refugees are trapped with no light at the end of the tunnel. A setup that is so flawed, rushed and ill-prepared is ripe for mistakes, trampling the rights and well-being of some of the most vulnerable people," said Gauri van Gulik, Deputy Director for Europe at Amnesty International.

"People detained on Lesvos and Chios have virtually no access to legal aid, limited access to services and support, and hardly any information about their current status or possible fate. The fear and desperation are palpable," she said.

Amnesty said the decision to move from open reception centers to closed detention camps to hold those who cross the Aegean from Turkey has resulted in thousands of people being arbitrarily detained, in some cases for weeks, while they await news on their asylum applications and future.

This is what the everydays look like for the 2.5M #Refugees currently living in #Turkey https://t.co/Mlt7cYPdtQ pic.twitter.com/9PFKMHxKc8

In Moria detention center on Lesvos, Greek army and police exercise strict control over who goes in and out. The camp, which now houses around 3,150 people, is closed off from the outside world by several layers of fencing topped with barbed wire.

People sleep in Chios, where refugees and migrants who leaved VIAL detention center are camping out. @lgouliam #AFP pic.twitter.com/WSoVnvEUn5

In VIAL detention center on Chios, which is built around an abandoned aluminum factory, access is also tightly controlled. Security concerns linger following fierce clashes that broke out between different nationalities inside the camp overnight on 1 April, prompting more than 400 refugees and migrants to escape.

The majority of those who fled are now sleeping rough in and around the main port in downtown Chios. There is little security and scant access to basic services there.

"I escaped Syria to avoid jail, but now I am in prison," a Syrian man in his late 20s told Amnesty International inside Moria detention center.