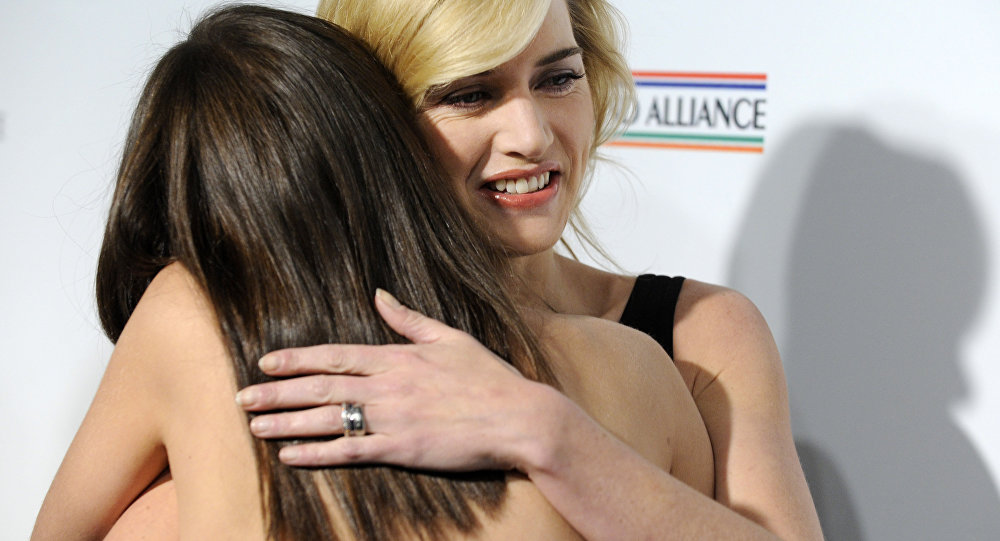 #Hugabrit Love-Bomb Campaign Explodes in Emotional Plea to Save Brexit

Social media has gone wild over a new #Hugabrit campaign featuring selfies of people from all over Europe hugging a Brit in an effort to keep Britain inside the EU, ahead of an In-Out referendum on its membership, Sputnik has been told.

The #Hugabrit campaign on Facebook, Twitter and Instagram featuring photos of people from all over Europe hugging British friends, colleagues and even complete strangers, has taken off in a novel attempt to sway British emotions in an effort to stop Britain opting out of the EU.

Posted by Pleasedontgouk on Friday, March 18, 2016

UK Prime Minister David Cameron was forced to call a referendum on Britain's membership of the EU amid deep splits within his own Conservative party and a rise in Euroskepticism generally and growing support for anti-EU UK Independence Party (UKIP).

The #Hugabrit campaign — together with the pleasedontgouk.com website — was founded by a number of Brit-lovers including Paul Varga, a UK-resident, Austrian-born entrepreneur and inventor.

"We like the Brits and we love the UK and we want it to stay in because we think it's better if we're together. We think an emotional, nice campaign might be helpful. We're more about being interpersonal," Varga told Sputnik.

"The reaction's been good. I think people like to see emotional, friendly things. In the end, this question affects real people. It affects where you buy your groceries, it affects British employees in European companies, it affects university students. So, these are real people. I think it's really nice because it gets people to the front."

"It's an emotional campaign which shows the affection of the Europeans to the Brits and we want them to stay within the European Union to make the EU better. Obviously, we're not saying everything is perfect. There have been a lot of crises in the last few years, but I think it's very, very important that the Brits remain to make it better together," he said.

Asked why many Euroskeptics feel that the institutions of the EU are distant from most Europeans, Varga told Sputnik:

"I think that is a valid concern, but I think it makes sense to change it together. The Brits within the EU can help to make the EU better. We want to keep them in also because we want to have an improved European Union."

Although the UK is outside of both the Schengen borderless Europe area and the Eurozone, the migrant crisis has brought many issues within the EU to a head.

Posted by Pleasedontgouk on Thursday, April 7, 2016

"It's not brilliant for the EU as an institution, but I also think the EU can manage this crisis and get stronger within the crisis. You can take this crisis to solve some of the structural problems it has and come out stronger," Varga told Sputnik.

He said that Cameron's concession — won at the February European Council summit — for the UK to be free from the obligation of 'ever closer union' was part of the growing move for a two-speed Europe — those within the Eurozone and those outside.

Emma, Isabel, Ella and Ola, 4 friends from Canterbury with parents from Austria, Poland and the UK, hug for the EU. They are our future, let's not destroy theirs with small mindedness! #hugabrit #bettertogether #multicultural #givekidsavoice

"That's exactly what the Brits want. They want a two-sped Europe with a closer Eurozone and a slower-speed outer Europe and I think that's probably fine. I don't have a problem with that. The UK is not in the Eurozone and not in Schengen. I think it's fine that you have different speeds in Europe," Varga told Sputnik.