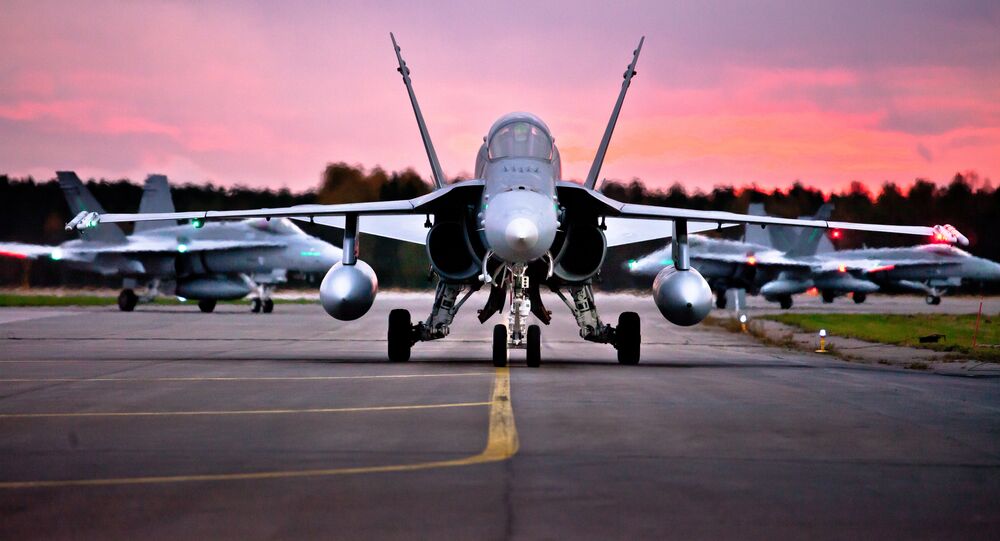 With the tight race for Denmark's Fighter replacement program (FRP) nearing its conclusion, the American aircraft manufacturer Boeing, which is believed to be lagging behind, is particularly anxious to woo the Danes with a new campaign.

© CC BY 2.0 / Tim Wang / Boeing 787-8 "Dreamliner" N787BX
Boeing Announces More Job Cuts to US Aviation Division
Today, pictures of Boeing fighter jets adorn the front pages of a number of national newspapers in Denmark. With the country's stock of ageing F-16 slowly approaching the end of their lifetime, Denmark's armed forces are looking forward to a more state-of-the-art replacement.

The choice lies between three warplanes, namely the Joint Strike Fighter (produced by US Lockheed Martin), the Eurofighter Typhoon (produced by Airbus in partnership with a pan-European consortium) and the F/A-18 Super Hornet (produced by Boeing), with the F-35A Lightning II (Joint Strike Fighter) generally regarded as the front-runner. Besides, Denmark has been a partner nation in the F-35 program since 1997, contributing an estimated 291 million dollars to the development project.

© Wikipedia
Vikings Striking: Norway to Double Its Warships to Track Russian Fleet
The lengthy selection process has been underway since 2007; the final decision has been delayed several times, but the government finally set June 30 as the deadline for the choice to be made.

"It is our impression that an expense of such proportions concerns both the politicians and the population, and we hope the campaign will lead to an open and honest debate about the huge cost to the Danish taxpayers," he said, explaining that Boeing has never launched campaigns of such a scale before.

Jens Ringsmose, associate professor at the Center for War Studies at the University of Southern Denmark, agrees that the campaign is unique. However, he also called Boeing an "underdog" and its advertisement campaign "desperate."

"I believe they are simply trying as many channels as possible. One might argue that such is the historical tendency for the outsider clinging to sources other than the classic top-down one," he said, as quoted by Jyllands-Posten.

​With the deadline for when politicians must make up their minds approaching, attempts to influence the decision have also intensified, he argued.

Depending on the number of aircraft purchased, the overall financing requirement cost for the FRP could run between 2.8 billion dollars and 4.5 billion dollars.