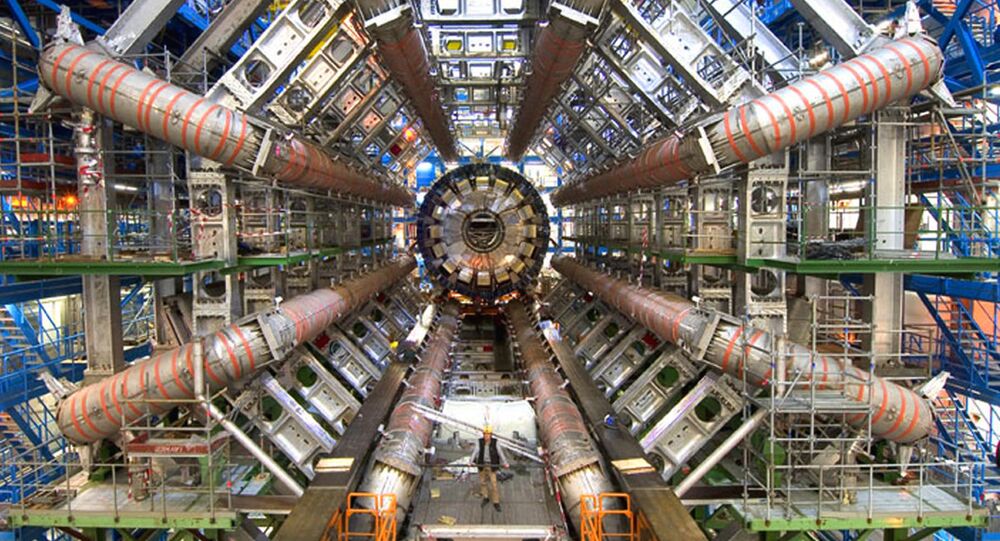 Scientifically illiterate conspiracy theorists are fretting over a physics experiment the Large Hadron Collider (LHC) will carry out at the end of April.

Certain Internet-dwellers have theorized that the particle-smashing Large Hadron Collider (LHC) experiment, run by the European Organization for Nuclear Research (CERN), will open the gates of Hell, causing hordes of demons to spill into our dimension.

The Internet is a notorious breeding ground for any sort of baseless doomsday scenarios — about pretty much everything — but the LHC's high-energy experiments seem exceptionally fit for the imagination of certain tinfoil-hat netizens.

Just about anything concerning the LHC's upcoming new tranche of tests has been singled out as a harbinger of the Armageddon to come.

A statue of the Indian "God of destruction" Shiva on CERN's campus in Geneva has been blamed for causing last year's earthquake in Nepal.

Doubts about the shape of CERN's logo have also been investigated by social media users — the prevailing theory being the insignia was actually a Satanic 666 symbol.

#CERN (#666 logo) has the statue of the hindu goddess (fallen angel) #SHIVA The #Destroyer pic.twitter.com/ECxLgY6gzC

Some conspiracy-minded websites even started quoting an unconfirmed (and probably non-existent) letter by Pope Francis to CERN, with which the Catholic pontiff allegedly warned the scientists about the risk of opening the door to another — obviously evil — universe.

Other more scientifically-sounding fears included the creation of micro-black holes that could swallow the planet, or the massacre of tiny people living inside the particles.

The Internet commotion eventually prompted researchers at CERN to have a good laugh while addressing some of these concerns. A newly-inaugurated FAQ section on the Institute's website answers some of the "queries from social media."

"The Shiva statue was a gift from India to celebrate its association with CERN, which started in the 1960's and remains strong today. In the Hindu religion, Lord Shiva practiced Nataraj dance which symbolises Shakti, or life force."

A curt defense of the logo (representing the accelerator's shape, not the Prince of Darkness) was also published.

The only theory which required the researchers to talk actual science concerned the micro-black holes. Answering the question "Will CERN generate a black hole?" the institute said:

"The LHC will not generate black holes in the cosmological sense. However, some theories suggest that the formation of tiny 'quantum' black holes may be possible. The observation of such an event would be thrilling in terms of our understanding of the Universe; and would be perfectly safe."

Will this finally put all the rumors to rest? Unlikely. As Albert Einstein once said: "It is harder to crack prejudice than an atom."