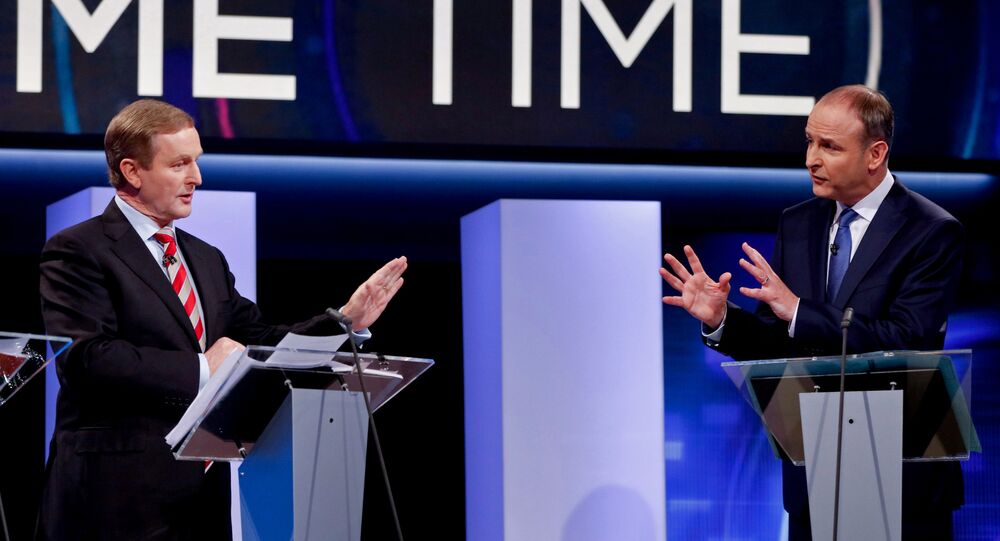 Coalition Between Historic Rivals Set to Be Rejected by Irish MPs

Irish politicians in the Fianna Fáil party look set to reject an offer from the Acting Taoiseach and Fine Gael leader Enda Kenny to enter into a coalition with his party which would have brought about an unprecedented partnership between the two rival groups.

Lawmakers from both parties are meeting Thursday to discuss the offer, but the Dublin rumor mill suggests Fianna Fáil would reject it. One party lawmaker Willie O'Dea told broadcaster RTE that people voted to "get rid of Enda Kenny as Taoiseach" and certainly did not vote for Fianna Fáil to share "mercs and perks" with Fine Gael.

Minister for Agriculture Simon Coveney told RTE that the coalition proposal was a "genuine, real offer [that was in the] best interests of the country for the two large parties to come together. That is the only option, along with Independents, to create real balance and diversity in that government to provide stability and voting strength".

Louise O'Reilly TD says there is no difference between policies of Fianna Fáil and Fine Gael, the charade must end pic.twitter.com/O93pZPBEvC

Lawmakers in Ireland have failed to create a government since the election in February when Fine Gael emerged as the largest party with 50 seats, with Fianna Fáil on 44. However, the two parties have been bitter rivals since the 1922-23 Irish civil war and Fianna Fáil has always said it would never enter government with Fine Gael.

"We need to put historical differences aside, to agree to put policy and personality differences on the table and find a way of negotiating compromise so both parties can put a partnership government together. We're looking forward not looking back," said Coveney.

If no agreement is reached, Enda Kenny could opt to attempt to form a minority government, but this will lead to unstable government. The Irish Times said Thursday:

"In that scenario, deals have to be struck and parliamentary committees have to spend weeks inching their way through contentious policy proposals before they even see the Dáil chamber."

The only other option is to go for another election, which could lead to yet another inconclusive result. An online poll in thejournal.ie, 48 percent said Fianna Fáil should accept Fine Gael's offer to form a government, 29 percent said no and 20 percent voted for a new election.