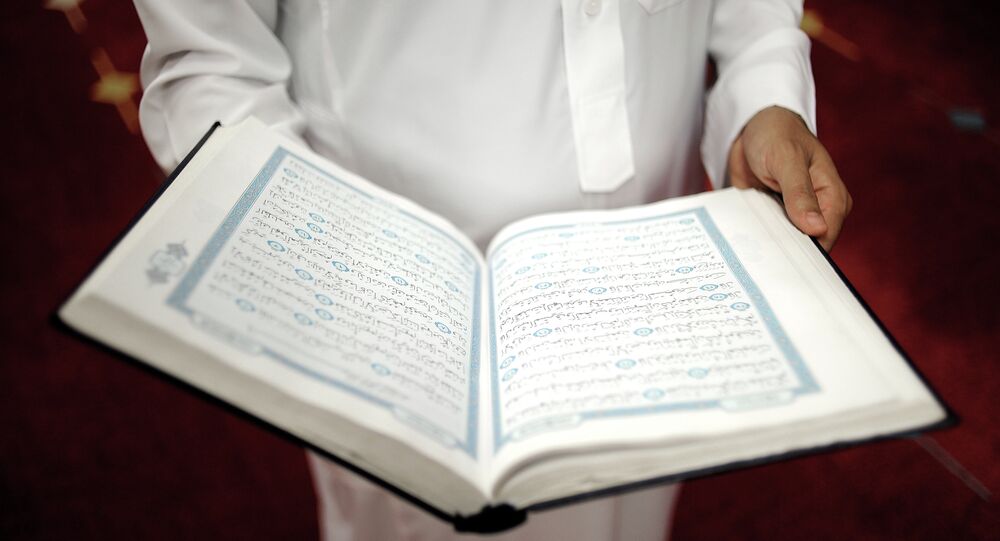 Arabic may be on its way to become Sweden's second most spoken language after surpassing Finnish in the number of speakers, while the country's authorities resist all attempts to produce any kind of comprehensive statistics.

© AP Photo / Raad Adayleh
The EU’s 'New Reality': Europe Welcomes Refugees With Arabic TV Channels, Mobile Apps and Newspapers
Linguist Mikael Parkvall of Stockholm University, who keeps an eye on the languages spoken in Sweden, argued in a recent article in Språktidningen, that Arabic is set to overcome Finnish as Sweden's second most spoken language or in fact may have already done so.

According to Parkvall's interview with Swedish Radio, the latest linguistic survey was conducted in 2012, when roughly 200,000 people listed Finnish as their mother tongue, compared to 155,000 who were registered as speakers of Arabic. Since then, however, the dramatic inflow of refugees is believed to have tipped the scale in favor of Arabic. Last year alone, Sweden took in over 163,000 refugees from predominantly Arab-speaking regions such as the Middle East and northern Africa.

"Due to the large influx of refugees last year, Arabic is, at this juncture, expected to overcome Finnish as the country's second most popular language," says Mikael Parkvall.

Sweden maintains no official language statistics, but Parkvall bases his opinion on various surveys and information made available by public authorities such as the Swedish Migration Board and the National School Agency. The official stance is that language statistics are unwelcome as they are not politically correct. The language mapping is tantamount to ethnicity identification, which many regard as a slippery slope, Parkvall pointed out.

"Regardless of what governments we have had, they all have more or less taken pride in consciously failing to keep track of languages spoken in Sweden," Parkvall said.

© Photo : Youtube/ محمود بيطار Mahmoud Bitar
Sweden Launches Arabic Talk-Show Due to Popular Demand
Parkvall would gladly welcome Sweden officially introducing spoken language statistics to obtain clarity on the issue. However, he learned of the sensitivity of this topic through personal experience. By Parkvall's own admission, most reactions to his work have been extremely negative.

"Never before in my entire life have I been an incompetent idiot so many times," he said.

Meanwhile, the demand for Arabic media in Sweden has hit the ceiling, with Swedish Radio launching a fresh Arabic talk-show, Swedish Television (SVT) starting a series of news bulletins in simple Swedish with Arabic subtitles and Arabic newspapers mushrooming across the country. This trend has recently been on the go across the whole EU, as a number of member states have been introducing newspapers and websites geared toward making refugees feel more at home.