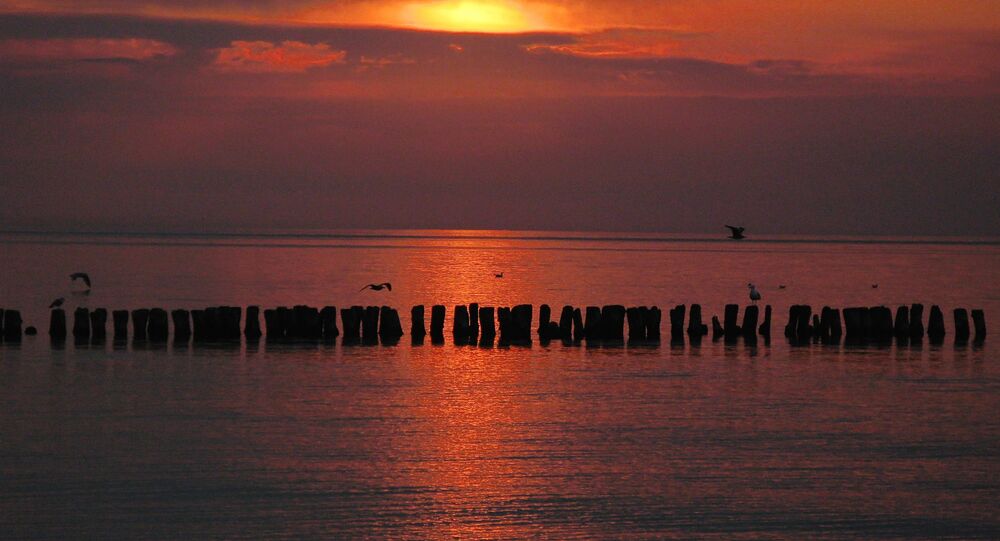 Sweden has reportedly been planning to salvage a legendary Halifax bomber from its territorial waters. In 1943, the Canadian Halifax HR871 crashed off the coast of Falsterbo in southern Sweden during a Nazi raid. To commemorate the occasion, Sputnik decided to offer you a list of the most interesting findings in the Baltic Sea in recent history.

According to the Swedish news outlet The Local, the Halifax wreckage was discovered four years ago. Since then, divers from the Swedish Coast and Sea Center, researchers from the University of Lund and members of the Canadian Halifax 57 Rescue group have been examining the seabed for more traces of the plane. Here is a list of other famous findings in the Baltic which you may not know about.

Som, a brave Tsarist-era Russian submarine that caused panic 100 years after it had sunk 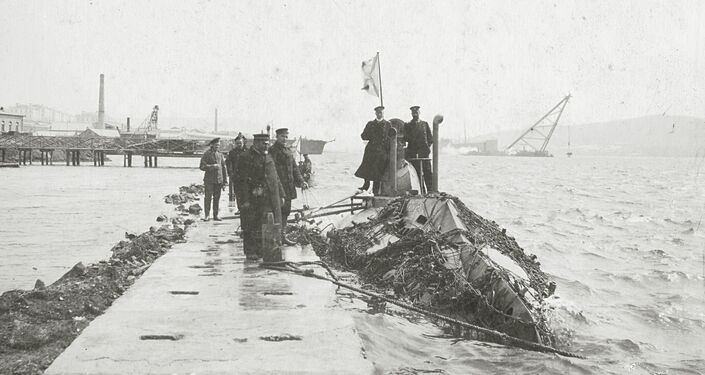 In July 2015, a mini submarine was reported to have been found by divers off the coast of Sweden amid anxiety over Russia's alleged surveillance operations in the Baltic and following Sweden's painfully unsuccessful submarine hunt. However, the "sensation" turned out to be a Tsarist-era Som-class submarine which sank in 1916 during WWI. The submarine was found 1.5 nautical miles off the coast of Sweden. Ironically, this came only nine months after Sweden publicly and unfoundedly accused Russia of sending submarines into its territorial waters, producing grainy photos of the hypothetical perpetrator.

The Som (Catfish) submarine was built in the United States in 1901 and was then handed to Russia; it sank after colliding with a Swedish steam ship on May 10, 1916.

The Baltic Sea anomaly: a UFO on the seabed?

In June 2011, the Swedish-based Ocean X Team, which specializes in underwear searches, discovered a bizarre ‘UFO-shaped' object at the bottom of the sea in the center of the Bothnian Sea between Sweden and Finland.

The massive "saucer" rises three to four meters above the seabed and is about 60 meters in diameter, lying at the end of a 300 meter "runway." Members of the expedition described it as "round, with rugged edges and concave sides," resembling a "huge mushroom." The team reported that the formation rests on a pillar and includes a structure similar in appearance to a staircase, leading to a dark hole.

Ufologists have claimed the formation to be an alien ship, although no evidence has been found to support this conclusion, whereas scientists are still divided over what the finding could actually be — remains of a WWII vessel, a peculiar natural formation or sediment, dropped by a fishing trawler.

‘Stone Age Atlantis', an 11,000-year-old settlement under the Baltic Sea

In 2014, a rare collection of Stone Age artefacts buried deep beneath the Baltic Sea was discovered by a team of researchers from the University of Lund, led by Björn Nilsson, an archaeology professor at Södertörn University.

The most notable items were wood, flint tools, animal horns and ropes, as well as a harpoon carving made from animal bones.

​The relics were believed to have been left by Swedish nomads and dated as approximately 11,000 years old. Some of the findings were so well preserved, that numerous reports have dubbed the find "Sweden's Atlantis" and suggested the settlement may have been swallowed whole by the sea in the same way as the mythical island in the Atlantic Ocean.

Atlantis is the name of the large island or continent rumored to have been swallowed up by the Atlantic Ocean centuries ago. The ancient legend itself can be traced back to Ancient Greece.

© AP Photo / Lehtikuva/Jussi Nukari
Cheers! 170-Year-Old Bubbly Three Times Sweeter Than Modern Champagne
In 2010, a massive load of champagne was salvaged from an unidentified shipwreck on Fögloö in Åland's outer archipelago in Finland. Out of the bottles recovered, 95 were from the Juglar champagne house (producing Jacquesson today), whereas there were 46 bottles of Veuve Clicquot.
The identity and the route of the ship were never established. Nevertheless, it has been suggested that the schooner was on its way to Saint Petersburg, carrying a cargo destined for a local merchant or even for the Imperial Russian Court.

The find was later recognized as world's oldest drinkable champagne. Part of it was auctioned in Åland's capital city of Mariehamn. The Juglar bottle was sold for 24,000 euros while the Veuve Clicquot champagne, dating back to approximately 1841, went for 30,000 euros, setting a new world record.

​All Hands on the Deck! — Sweden's first viking ship

In 2009, Sweden discovered its first-ever Viking shipwreck. The wreck is 20 meters long and was reported as lying at the bottom of lake Vänern, which is Sweden's largest and Europe's third largest. Before, a number Viking ships and their fragments had been discovered on dry land, but none under water.