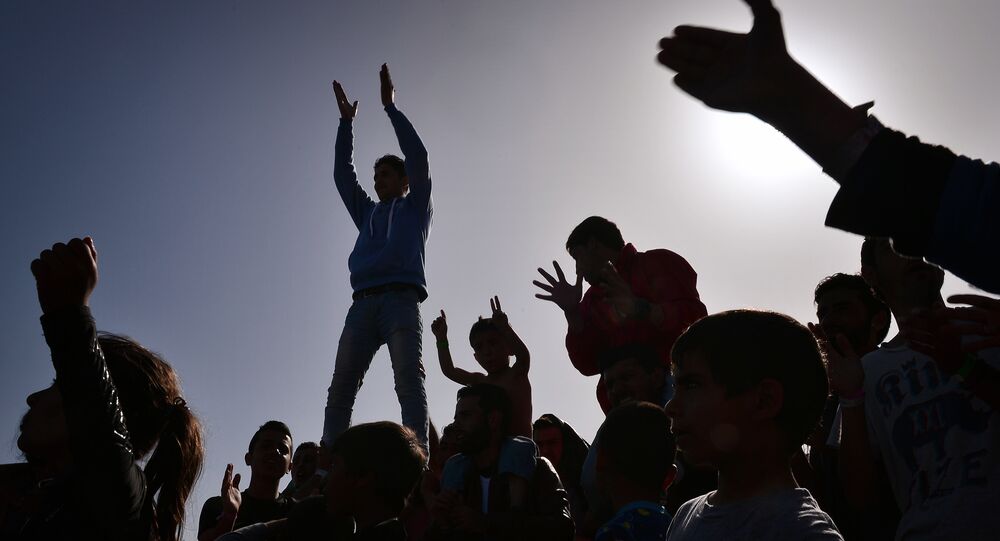 As politicians across Europe and Turkey praise the recent refugee deal negotiated between Brussels and Ankara, there are many concerns about the impacts of such an agreement, with local councilors on the Greek Islands telling Sputnik how the deal is causing problems for local authorities.

While the 'one for one' arrangement was designed to stem the flow of refugees leaving Turkey for Greece, many critics have remained skeptical over the effectiveness of the deal, and whether it will in fact deter people from making the dangerous voyage across the Aegean Sea.

Concerns have also been raised about the practicality of the arrangement, with fears that actually transporting new arrivals back to Turkey from Greek territory will not be an easy task.

Sokrates Syriodis, councilor on the Greek island of Chios, told Sputnik that while the transportation of people back to Turkey has begun, it doesn't seem to be working effectively or easing the strain on locals.

"The recent deal actually created a problem here on the island because the flows of people are not decreasing — the flows only change due to the weather. So we have the same flows, but the problem is that the people are staying here because they have nowhere else to go — the borders are closed," Syriodis told Sputnik.

Syriodis said the island's resources were becoming stretched as more refugees and migrants were traveling to Chios, while efforts to send people back to Turkey are slow.

"Maybe it's too early to see the result [of the EU-Turkey deal], but so far it seems that it's not working that well," he added.

Blockade of the Port Causing Problems

The increased numbers of people on the island, and the fact that they can't travel onward to mainland Europe, has also led to further problems for the authorities and people of Chios.

Syriodis said that an estimated 300 of the island's 1,500 refugees and migrants moved from designated resignation centers to the island's port, which was creating problems for residents, tourists and others looking to travel to and from the island.

He said this was subsequently putting a strain on the island, and was "an effect of the recent EU-Turkey deal".

© Photo : City Council of Chios
Refugees at the registration station in Chios, Greece.

Islands like Chios, which is one of the main transit points for refugees and migrants traveling from Turkey to Greece, have had their resources stretched severely over the past 12 months as huge numbers of people pass through the Aegean Sea en route to Greece, and hopefully, northern Europe.

Syriodis estimated that 180,000 people had passed through Chios alone, while there had been little support for the island's authorities in dealing with the crisis.

"Most of the time the Greek government was kind of absent, so the local authorities, together with the European NGOs and the UNHCR [UN's humanitarian agency] were handling the situation."

However, despite the challenges Syriodis believes Chios is a successful example of how the migration crisis can be managed.

He pointed to the fact that no one had drowned off the coast of the island, highlighting the great cooperation between local police, the army and NGOs, along with the hospitality of the local people, who have supported refugees and migrants, despite going through their own economic hardships.

The obstruction of the island's port on the other hand, which he believes was caused by the recent EU-Turkey deal, was placing a further strain on the island and its people, leading to concerns about the welfare of refugees protesting against the plight.