Germany should send border police to help Austrian officials control their border with Italy to avoid the establishment of another migrant route, German Transport Minister Alexander Dobrindt said, in a challenge to Angela Merkel's stance on the issue.

Dobrindt called for Berlin to support its southern ally after Vienna announced it would be sending forces to help patrol the Brenner Pass, the border area that connects Italy and Austria.

"Germany could make a contribution and support Austria's efforts at the Brenner Pass with personnel," Dobrindt told the Munchener Merkur.

The comments will be welcomed in Austria, where officials have complained that Germany has benefited from Vienna's decision to implement strict caps on the number of refugees allowed to enter the country, which subsequently led to the closure of the so-called Balkan route. 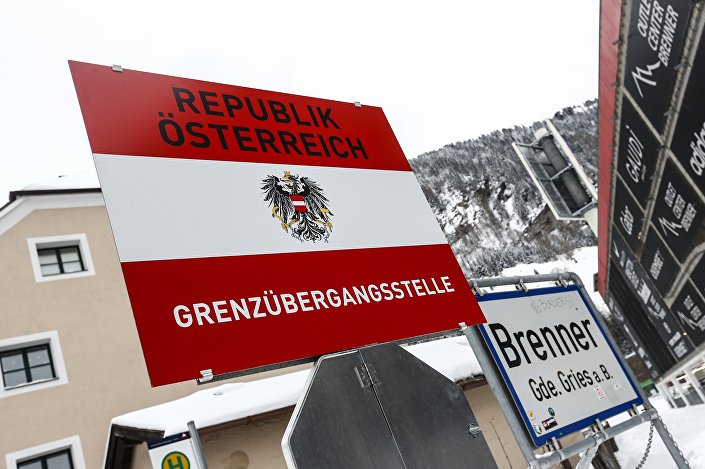 © REUTERS / Dominic Ebenbichler
A border sign reading 'Republic of Austria - boarder' is seen in the Italian village of Brenner on the Italian - Austrian boarder.

While these measures, along with the recently announced EU-Turkey deal, have halted the flow of migrants through the Balkans, there are fears that other migrant routes may open up, as increased numbers of the refugees attempt to enter Europe via North Africa.

This has led to concerns that refugees and migrants might look to enter Europe through Italy, and the travel to other EU states from there, sparking pre-emptive action from some member states.

'Germany Must Send a Signal'

"Germany must send a signal to the world that there is no unconditional culture of welcome even here," he added, in comments that come as a direct challenge to German Chancellor Angela Merkel's open-door refugee policy.

Merkel has repeatedly refused calls to impose an upper cap of the number of refugees Germany will accept, despite more than one million entering the country last year.

With many local regions struggling to provide the resources for many of Germany's new arrivals, there has been an increase in attacks on Berlin's refugee policy.

As a result, many allies, such as Dobrindt's Christian Social Union (CSU), who act as a sister party to Merkel's CDU party, have publicly defied the chancellor over her refugee policy.

Story of Syrian Asylum Seeker: The Hidden Side of Refugee Life in Austria