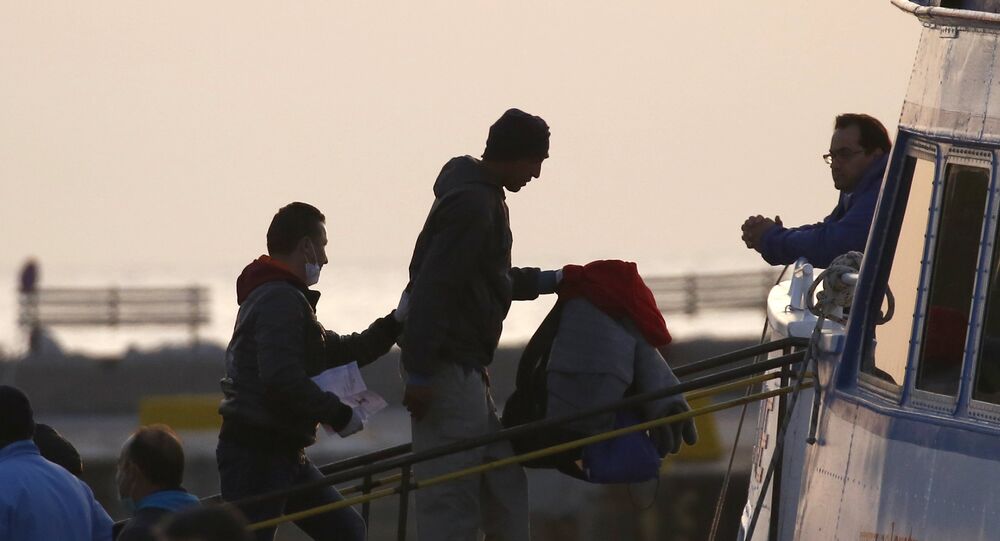 The UN refugee agency (UNHCR) will continue to provide all its refugee protection activities in Greece as the EU-Turkey deal to send undocumented migrants back to Turkey enters into force, a UNHCR spokesperson told Sputnik on Monday.

© AP Photo / Lefteris Pitarakis
UNHCR Looking Into Reports Turkish Border Guards Shot Syrian Refugees
MOSCOW(Sputnik) — On Monday, a controversial EU-Turkey migrant deal entered into force and the first group of refugees was sent back to Turkey from the Greek islands.

He explained that UNHCR continues to be present at the shoreline and sea ports in Greece to provide immediate and lifesaving assistance on arrival, and transport to hospitals when needed.

Moreover, the organization has entered into discussions with the Turkish authorities on how to ensure the safety of refugees who have or will be deported from Greece under the recent EU-Turkey deal.

"UNHCR is in discussions with the Turkish authorities about how people of concern would have access to effective protection in Turkey. These discussions are ongoing," Zoran Stevanovic, spokesman for UNHCR Regional Representation for Northern Europe, said.

The UNHCR has already expressed concern over the lack of safeguards in place regarding the implementation of the EU-Turkey deal, under which Ankara pledged to take back illegal migrants who cross the Aegean Sea to enter the European Union through Greece and instead send legal Syrian refugees to the bloc.

The UN agency hopes that Turkey will soon endorse the amendment of the Temporary Protection regulation in order to grant a protected status to Syrians readmitted from Greece, Stevanovic said.

"As part of our broader mandate, including our monitoring role, we are seeking access to those returned in Turkey in order to see that they can access effective international protection and to prevent risk of refoulement," Stevanovic added.

The agency also monitors asylum procedures inside the detention centers in the Greek islands of Lesvos, Chios, Samos and Leros.

In late March, Ankara and Brussels reached a deal to curb the so-called Balkan route used by migrants to travel through Greece and Macedonia to wealthier EU states. Under the deal, Turkey pledged to take back all migrants who arrive in the European Union illegally through its border and sending legal Syrian refugees to the bloc on a one-for-one basis.

The Turkey-EU deal has been criticized by refugee agencies and human rights campaigners, who question whether Turkey can be considered a safe country for refugees.