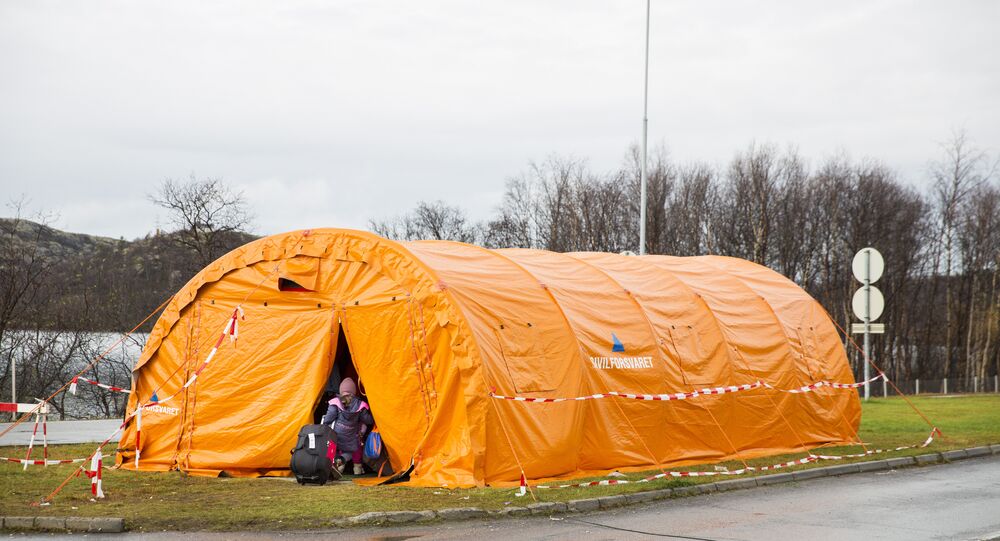 Norway is preparing for a new inflow of asylum seekers. The country's officials have worked out a new plan in the event that thousands of refugees enter the country this year, the Norwegian newspaper Aftenposten wrote.

Last year, the country's authorities were unable to accept arriving refugees and provide them with decent housing. Refugee facilities ranged from hotels to campsites which, according to Norwegian authorities, had not been adapted for such purposes.

"Last year, we were unprepared for such a powerful influx of refugees to Norway. Now we are already preparing for the fact that something like this could happen again," representative of the country's Migration Service Knut Berntsen told the newspaper.

The Migration Service has developed a new plan, aimed at limiting the use of camping sites and luxury hotels as refugee camps. Instead, the authorities want to build tents and barracks for the newcomers, with a housing capacity from 500 to 2,000 people each.

"The very first decision is tents. We have tents, which can accommodate 500 people. Each tent can be expanded and provide additional 1,500 places if necessary," Berntsen said. "We will use tents in parallel with the construction of barrack towns on vacant lots that we have prepared in advance," he added.

© AFP 2021 / Jonathan Nackstrand
Refugees Not Losing Faith in Norway Asylum Despite 'Terrible' Conditions in Camps
In addition to tents and barracks, the Migration Service signed a lease contract with 20 floating hotels.

"They can be used very quickly, moreover, they can provide a lot of places. Therefore, we have signed a draft agreement, according to which the floating hotels, if necessary, will be quickly available," Berntsen stated.

According to representative of Norwegian organization for asylum seekers (NOAS) Jon Ole Martinsen, the new housing opportunities such as tents, floating hotels and barracks, will be the best solution for people who have been forced to flee their home countries.

He argued that last year, not only asylum seekers, but also the Migration Service experienced tough times.

"The service often made bad and expensive decisions. Now we may be on the eve of a new influx of refugees, but we can prepare ourselves and provide refugees with better conditions, which in addition will cost the state less," Martinsen concluded.