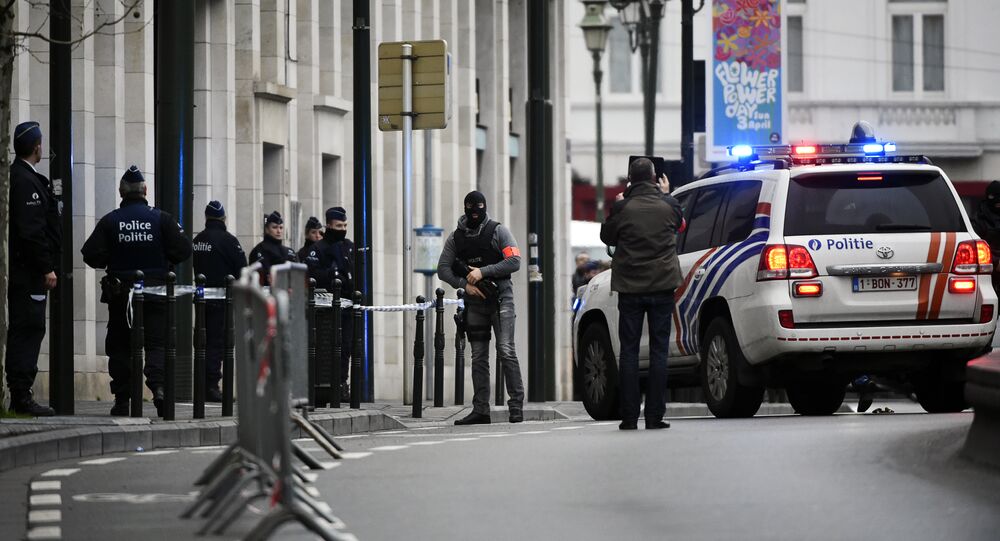 Russian woman Ekaterina Bikovtsova who has moved to Brussels with her husband and young daughter shared her experience of living in the heart of the European Union, Brussels.

One of the most striking things that Bikovtsova has seen in Brussels is that the people are extremely tolerant.

“People live a quiet peaceful life and are not used to shocks such as the terror attack that occurred in Brussels.”

Before the attacks police were already on high alert and were rounding up illegal immigrants and those people who had expired visas. This was because Paris had been rocked by brutal terror attacks just a month earlier.

© AFP 2020 / BENOIT DOPPAGNE / Belga
Brussels Airport to Partially Reopen on Sunday After Deadly Terror Attacks
But despite the increased police presence  in Brussels, the terror attacks were not stopped and the prime reason for that is that the attackers weren’t immigrants, but were born and raised in Brussels.

Bikovtsova believes that this tolerance will be the downfall of Brussels.

“Now, when it comes to talking about terrorist acts, Belgians prefer to remain silent. Their policy is this: yes, there is a problem, but we will not discuss it. They say, ‘Well, what can we do?’ They have brought in a terrible tolerance and love even those who kill them. After terrorist attacks in Paris, when reporters spoke with the families of the victims, they said, we do not hold any grudge because we do not want to raise children in an atmosphere of hatred towards others. Here it is a similar story and I think that this tolerance will destroy them,” Bikovtsova said.

She further stressed that even now she hasn’t heard from any of the locals that it is necessary to tighten immigration policy and to carefully inspect the Arab population residing in Brussels.

But there is a certain tension in the city. When Arab looking people walk into the metro there is a sense of forbidding that sweeps the people. But the migrants feel this sense of fear as much as the local people do.

Bikovtsova further told that there is very large Arab population in Belgium. Arab women are very polite; they always give their seat to elderly or children in public transport. But the Arab men especially teenagers, are rowdy and never speak French, only their own language.

Regarding Russians living in Brussels, Bikovstova said that there is no prejudice against Russian living here, and they are very well treated.

“I recently bought on the street from a seller some waffles. He was Italian, we started talking and he said that he loves and respects Putin — and he is not the first person who said it to me.”

Many Russians receiving Belgian citizenship do not give up their Russian ones just because they are not sure what will happen next.

According to Bikovstova sooner or later, everybody will live under the Sharia law in Brussels. “So I cannot say with certainty that we will stay here forever — I do not want to live in the Arab world, by the Arab laws.”

Guess What? 'Muslims Suffer From Daesh Most of All'