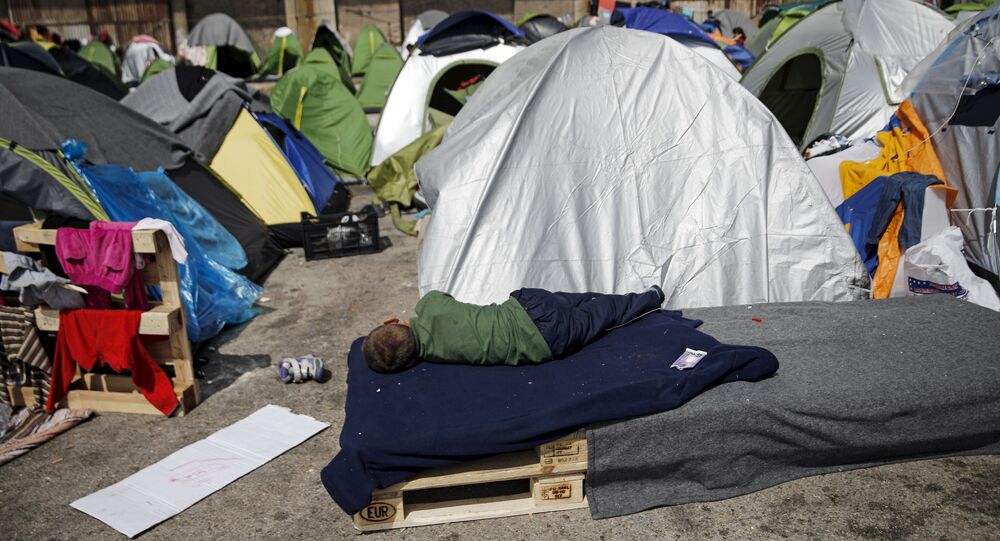 Greek authorities will start the evacuation of migrants from Athens' port of Piraeus, which currently hosts several thousands of refugees, by the end of the week, local media reported Monday.

© REUTERS / Murad Sezer
Frontex Confirms Arrival in Turkey of First Group of Migrants Under EU-Turkey Deal
MOSCOW (Sputnik) — Earlier in the day, the Ankara-Brussels agreement on returning of undocumented migrants came into force and the first group of migrants had already arrived from Greece in Turkey.

According to the Ekathimerini newspaper, the evacuation of some 4,800 migrants from Piraeus is expected to start by the end of the week.

The newspaper added, citing Giorgos Kyritsis, the spokesman for Greece's governmental committee on refugees, that at the same time a new facility to accommodate up to 3,000 people was under construction in other part of Athens' agglomeration and would also be completed by the end of the week.

In late March, Ankara and Brussels reached a deal to put an end to the so-called Balkan route used by migrants to travel through Greece and Macedonia to wealthy EU states. Under the deal, Turkey pledged to take back all illegal migrants who arrive in the European Union through its border, sending in exchange legal Syrian refugees to the bloc on a one-for-one basis.