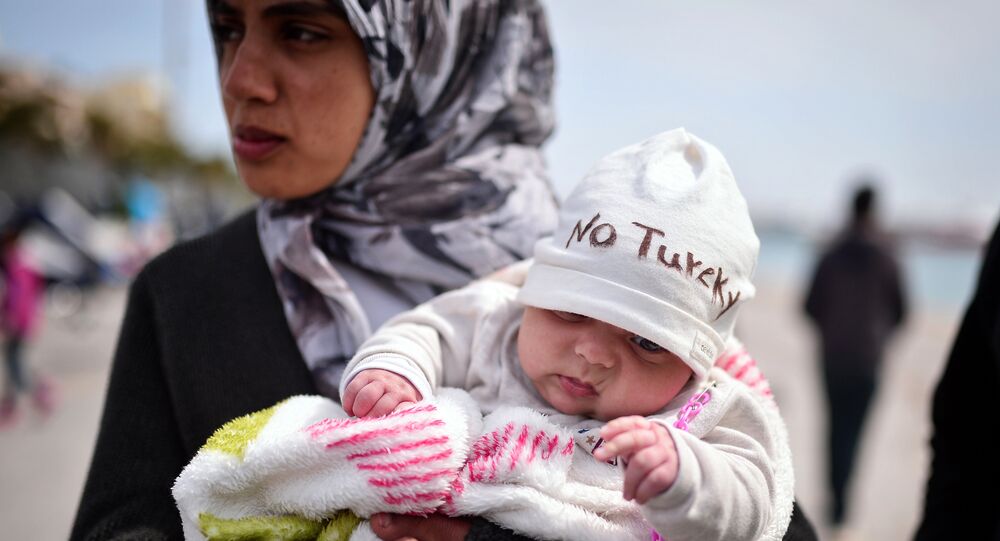 The return of refugees and migrants from Greece to Turkey began at dawn in what's been described as a "dark day" for Europe.

Boats carrying failed asylum seekers from Greek islands to Dikili have set sail across the Aegean Sea on the "first day of a very difficult time for refugee rights," following a "dangerous" deal between the European Union and Turkey.

A lot of sadness, fear and disappointment this morning for the migrants at the port of #Chios.No Turkey as a moto pic.twitter.com/qbXPXHXF8q

"Despite the serious legal gaps and lack of adequate protection in Turkey, the EU is forging ahead with a dangerous deal," Giorgos Kosmopoulos, head of Amnesty International (AI) in Greece told AP.

More than 130 migrants have been made to leave the Greek island of Lesbos and over 60 have left Chios, an island which recently descended into chaos after migrants violently demonstrated against the pending deportation.

The first #deportations of #refugees in line with the EU-Turkey pact are now underway https://t.co/Yx1ecFn42S pic.twitter.com/wHqQkKxgzW

"All of the migrants returned are from Pakistan except for two migrants from Syria who returned voluntarily," Giogos Kyritsis, spokesman for the Greek government's refugee crisis committee, told state television.

For each returned migrant from Greece to Turkey, an EU member state will accept one Syrian refugee. The one-for-one refugee swap began on Monday 4 April.

A dark day for such a beautiful morning as #deportation of #refugeesGr starts on #chios #Greece pic.twitter.com/6iEtUqRNRO

Even before the deal was struck, members of the European Parliament Foreign Affairs Committee said that, "Outsourcing the refugee crisis to Turkey is not a credible long-term solution to the problem."

On the day the refugee deal became a reality Giorgos Kosmopoulos of AI said:

"Turkey is not a safe third country for refugees. The EU and Greek authorities know this and have no excuse."