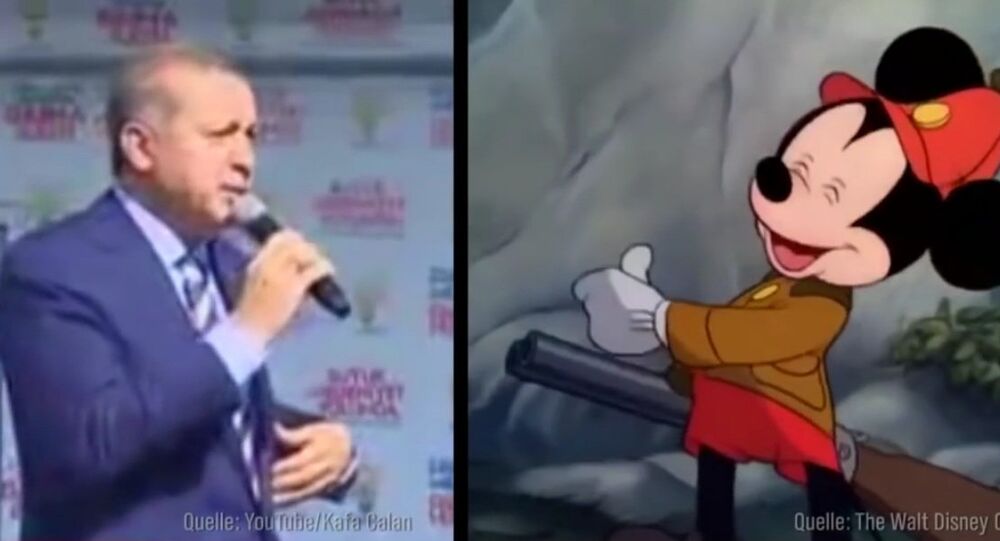 The head of the European Parliament has sharply criticized Turkish President Recep Tayyip Erdogan after the German ambassador to Turkey was summoned to the Foreign Ministry over a satirical song on German television that poked fun at Erdogan.

“It is not acceptable that the president of another country demanded Germany limits democratic rights because he felt caricatured,” Martin Schulz told the newspaper Bild am Sonntag.

"We must make clear to Erdogan: we have democracy in our country. That's the end of it… politicians must live with satire, even the Turkish president," Schulz, a Social Democrat," Schulz added.

© AP Photo / Francois Lenoir
Big Gamble: How Erdogan's 'Pyrrhic Victory' Over EU Could Hit Turkey
He also said that the European Union "must not be silent on violations of fundamental rights in Turkey just because we are cooperating [with Turkey] on the refugee question."

"On the contrary, we must denounce these violations and permanently stay in discussions with Turkey on freedom of expression and human rights issues," he emphasized.

Martin Schulz also criticized Erdogan for his clampdown on Western diplomats attending the trial of Turkish opposition journalists and for his lack of desire to seek a peaceful resolution of the Kurdish problem.

President Erdogan is notoriously intolerant of criticism. Turkish police have opened 1845 cases against Turks who have allegedly insulted Erdogan – a violation punishable with up to four years behind bars.

Meanwhile, the mock music video, which shows the Turkish President playing football, falling off a horse and wearing a huge blond wig amid clips of recent protests and unrest, has garnered over five million views on YouTube.