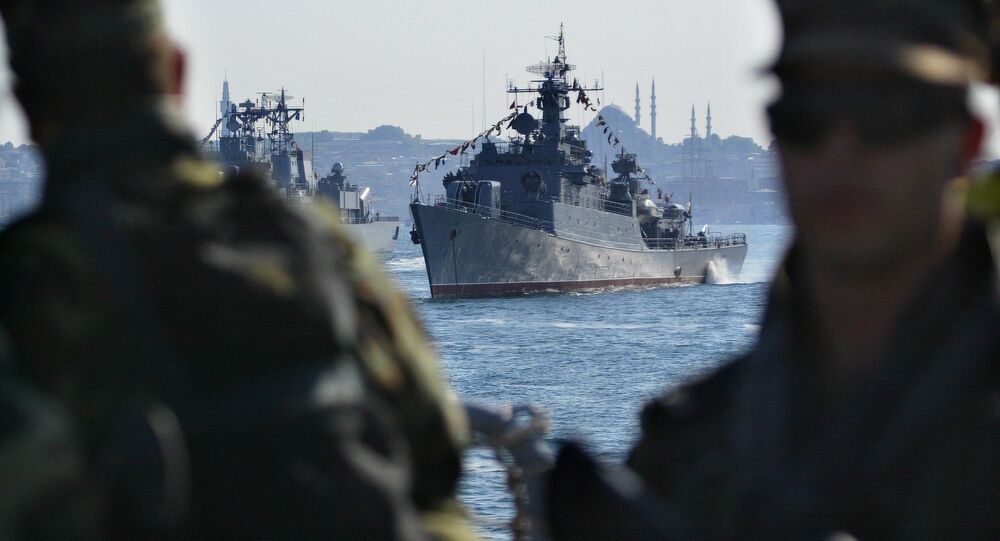 The Turkish Navy sent its TCG Salihreis and TCG Bartin frigates to the port of the Ukrainian city of Odessa under the framework of military cooperation between the two countries.

As of late, both Turkey and Ukraine have been actively pursuing bilateral cooperation, especially in terms of their military.

© Sputnik / Nikolay Lazarenko
Strange Bedfellows: Turkish-Ukrainian Friendship Unlikely to Last Long
The US intelligence company Stratfor said the meeting between the two leaders was coming in "direct reference to Russia" with which both countries currently have very strained relations after the Turkish military shot down a Russian Su-24 bomber over Syria and the military conflict in Ukraine's Donbass.

Both Poroshenko and Erdogan condemned the reunification of Crimea with Russia and expressed their intent to "coordinate efforts to de-occupy Crimea," the National News Agency of Ukraine (Ukrinform) said.

"I and Mr. President [Erdogan] called for the joint efforts which will be focused on de-occupation of Crimea. To this end, we plan to unite efforts within the framework of international organizations as well as on the basis of new international formats," Poroshenko was quoted as saying.

The two countries also agreed to join their naval forces last year to strengthen regional security in the Black Sea.

Ukraine Wants to Replace Russia in Energy Deals With Turkey