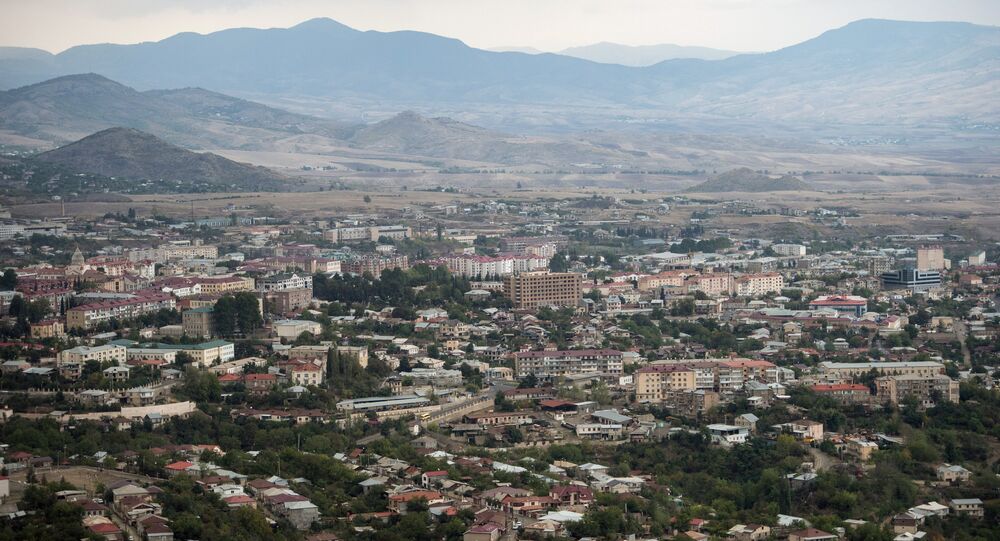 The Azerbaijani Armed Forces shelled both the forward positions of the Nagorno-Karabakh military forces and residential areas, which resulted in victims among civilians, the republican Foreign Ministry said in a statement.

It also appealed to the Co-Chairmen of the OSCE Minsk Group and to the representative of the OSCE Chairman to strictly condemn Azerbaijan for deliberately fueling tensions and undermining peace and stability in the region.

Current situation in Stepanakert, the capital of the Nagorno-Karabakh Republic

Meanwhile, Sputnik Armenia reported that volunteer units are now being formed in Stepanakert, the capital of Nagorno-Karabakh, to deploy to the conflict zone.

On April 2, the frozen conflict between Azerbaijan and Armenia escalated, with armed clashes resuming and both sides accusing each other of violating the ceasefire that has been in place since 1994.

Aftermath of clashes in Nagorno-Karabakh

Nagorno-Karabakh is a disputed region in the South Caucasus, which is formally part of Azerbaijan, but largely populated by Armenians. The territory acts as a self-administrating province, but is not recognized as a country by the international community.