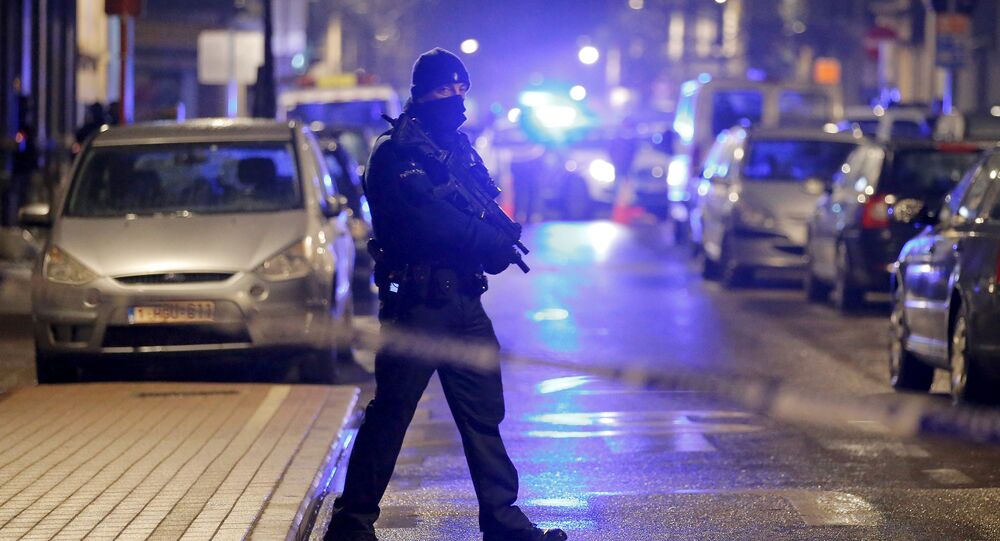 Europe has every chance of becoming a permanent target of terrorist attacks, according to political expert Robert Baer.

In an interview with Cicero magazine, former CIA officer and expert on the Middle East Robert Baer criticized the West's war on terror and warned the EU against giving up its values.

According to the expert, the counterterrorism strategy of Washington declared 15 years ago and mainly based on hard-power, has failed, with terrorism becoming a global threat.

"The war on terror initially had a bad concept, and this was to a lesser extent associated with disadvantages of security services, but rather — with the incompetence of the then leadership in Washington," the expert argued.

© AP Photo / APTN via AP
US Stands Ready to Assist Probe of Brussels Terrorist Attacks
In his opinion, Europeans now have to bear the main burden of this failed strategic approach as they have to live in the neighborhood with the crisis regions.

North Africa and the Middle East are located in the immediate proximity to Europe. These regions are historically, and in particular, geopolitically linked to Europe and therefore European countries are now witnessing the tragedy around refugees and recent terrorist attacks, the expert said.

According to Baer, terrorism in Europe arises from relations between Saudi Arabia and the West. Saudi Arabia has been organizing and financing Koran schools, where terrorists have been educated and trained.

For instance, the spread of the radical course of Islam in Belgium goes back to an agreement concluded between the then King Baudouin of Belgium and the then Saudi King Saud. Under the agreement, Saudi Arabia had the opportunity to influence the development of the Muslim diaspora in the country and that is why radical Islam has become much more widespread in Belgium than in other countries, like France and Germany.

"This penetration of radical Sunni Wahhabism clearly demonstrates the phenomenon of globalization. In this case, it was based on the western support of the reactionary regime in Riyadh," Baer said.

© REUTERS / Vincent Kessler
Targeting the Top: European Commission Official Killed in Brussels Attacks
Earlier, on November 13, a series of terrorist attacks carried out across Paris on November 13 claimed 130 lives and injured over 350 people.
In response to the question of whether Europeans will have to constantly live in fear of new attacks, Baer gave a positive answer.

"I'm afraid so. […] Unfortunately, it meets all prerequisites to become a constant target of terror," Baer said.

According to him, new terrorist attacks will negatively affect political stability in Europe and result in the strengthening of the right-wing forces. If there are new waves of terror, the society may neglect the values of liberalism and democracy and "the EU project will collapse," the expert concluded.