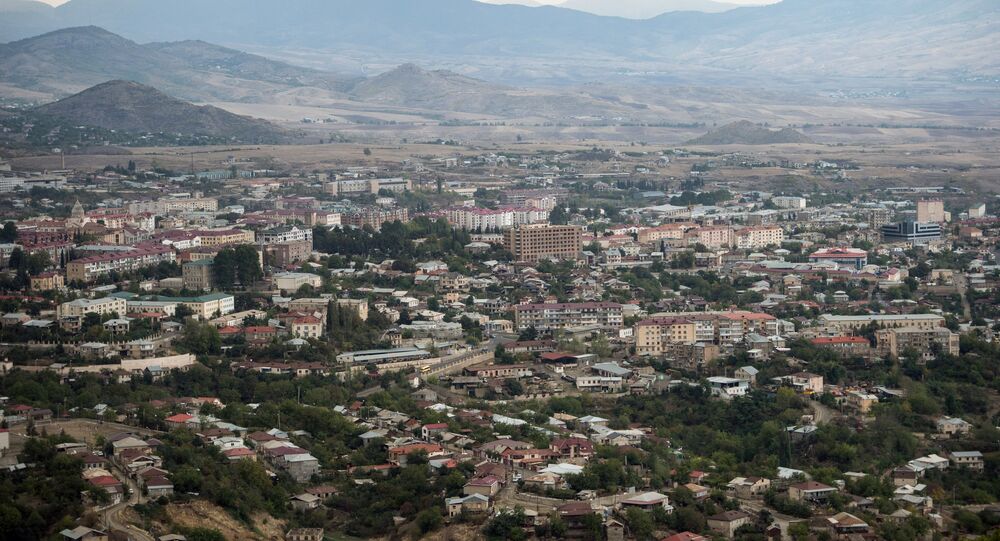 Armenia and Azerbaijan reported that the Karabakh conflict is turning violent and accused each other of conducting offensive warfare.

"The Armed Forces of Armenia violated the truce along the line of contact 127 times over the past 24 hours," Azerbaijani Defense Ministry said in a statement Saturday.

It added that Armenian military used mortars and heavy machine-guns.

The Armenian Defense Ministry issued a statement reporting about "active offensive combat waged by the opposing side on the night of April 1" with the use of "battle tanks, artillery and aviation".

"Active combat is currently underway. The Armenian Army has launched a counterattack… There are victims on both sides but the opposing side has sustained huge losses in manpower and equipment, a [Azerbaijani] helicopter has been shot down," the Armenian Defense Ministry's spokesperson Artsrun Hovhannisyan said on Facebook.

At this moment, there are taking place clashes on the
frontline.#Karabakh army is conducting reliable protection. 2/2

According to some Azeri locals, Nagorno #Karabakh army units have hit inside Terter military installations (unconfirmed)

​The Azerbaijani Defense Ministry said in response that "the information about the downed helicopter was absolute lie and all vehicles were in place. It was another provocation on the part of Armenia".

​The conflict between Armenia and Azerbaijan began in 1988, after the predominantly Armenian Nagorno-Karabakh autonomous region announced its secession from the Azerbaijan Soviet Socialist Republic. Nagorno-Karabakh proclaimed its independence in 1991, prompting a war that lasted until a Russia-brokered ceasefire was signed in 1994.

"The Armenian Defense Ministry strongly condemns the unprecedentedly aggressive and irresponsible decision of Azerbaijani government to begin military operations, and officially declares that the continuation of those operations can lead to unpredictable results for Azerbaijan.