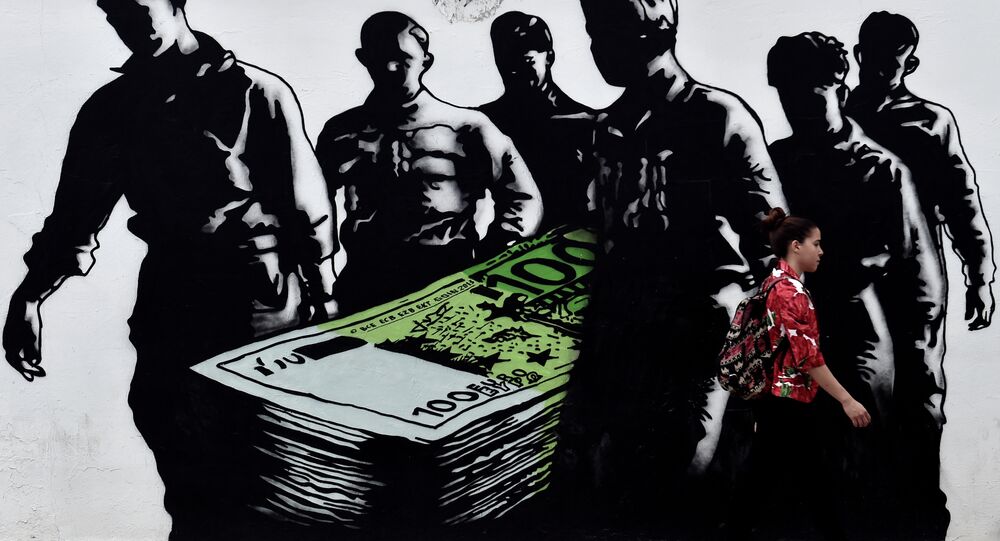 A recently released agreement between the ECB and national central banks of the Eurozone raises the prospect of EU taxpayers being forced to pay for more bailouts, Die Welt reported.

"Under public pressure the ECB released its billion euro agreement at the beginning of February. But what was meant to silence the debate around supposedly prohibited state funding has triggered more debate," Die Welt reported.

The ANFA sets limits for the amount of financial assets that national central banks of the Eurozone can hold in order to carry out national tasks not directly related to monetary policy, which is controlled at European level by the ECB.

"At the same time, the ANFA allows exceptions to this rule, so-called exceptional cases, in which national banks can create money over the specified limit and buy securities," Die Welt wrote.

© Flickr / planetofsuccess.com/blog/
Ever Closer Banking Union: New EU Shared Deposit Pot Plan Has Savers Scared
"The ANFA agreement, and particularly the Emergency Liquidity Assistance (ELA) loans can be used to provide loopholes for central banks to rescue banks, for example when some insolvent banks are kept above water by poorly secured emergency loans," Philipp Konig from the German Institute for Economic Research (DIW) told the paper.

​"These loans are really only supposed to be short-term help for illiquid banks. However, we have seen in both Greece and Ireland that national central banks have considerable leeway."

Financial expert Daniel Hoffman said that there are currently 346 billion euros ($394 billion) of securities purchases on the balance sheets of national central banks, hiding under nebulous terms like "other securities" or "other assets," beyond the limit specified by the ANFA.

"After the rescue of bankrupt states and the multibillion euro purchase of government bonds, it will be the next taboo in the Euro system," Hoffman warned.