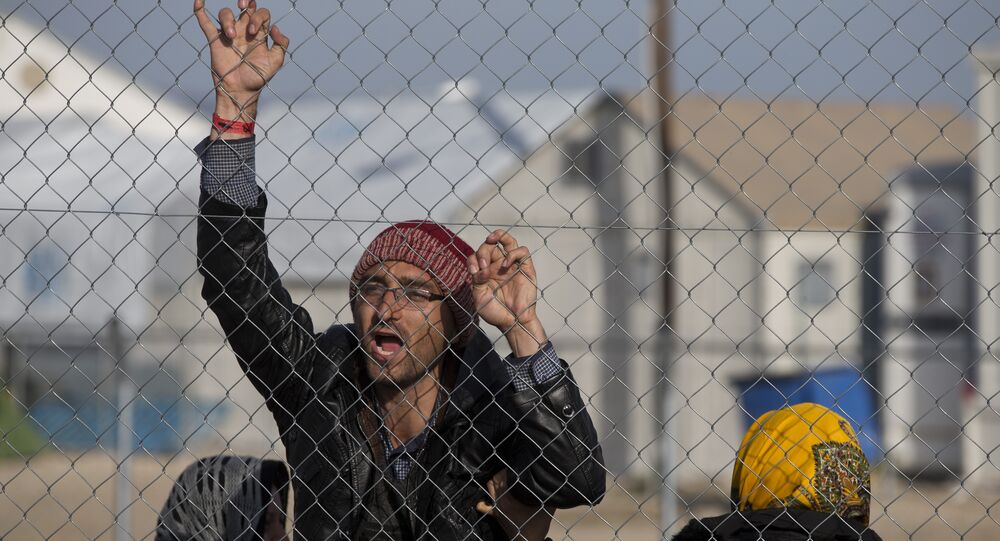 Violent clashes have erupted between migrants on the Greek island of Chios, forcing medical organization Doctors of the World to leave after their reception center was destroyed in a riot.

The humanitarian organization was there to offer medical assistance to migrants but left the island following a third brawl in just two days. Reports on the politischios.gr website say the hotspot on Chios, set up to register new migrants and asylum seekers, had become a battlefield between different ethnic groups.

Migrants reportedly trashed the medical center set up by Doctors of the World causing 30,000 euros worth of damage.

Riot police are expected to arrive on the island on Friday after local police failed to stem the violence with stun grenades. Two refugees were stabbed and three more suffered head and leg injuries.

The registration center on Chios has a capacity of 1,100 but 1,700 migrants and refugees are detained there — and more are arriving every day.

#UNHCR..up to 1,700 staying at the Vial hotspot on #Chios- maximum capacity of 1,100! "We are very worried about the situation there."

The UN Refugee Agency (UNHCR) has expressed concerns about conditions in hotpots on Greek islands holding refugees before they are sent back to Turkey, under the European Union's conditional deal with Ankara.

"On Lesvos, conditions have been deteriorating at the Moria 'hotspot' facility", Melissa Fleming, UNHCR spokesperson said.

"On Samon, at the Vathy hotspot, reception conditions have also been worsening. Sanitation is poor, there is little help available for persons with special needs, and food distributions are chaotic.

"There are currently up to 1,700 people staying at the Vial hotspot on Chios, which has a maximum capacity of 1,100. We are very worried about the situation there. Rioting last night left three people with stab injuries," Fleming said.

Fleming says conditions in reception centers for refugees and migrants at the Greek port of Piraeus and in Idomeni near the border with Macedonia are "dismal" and "risk of panic and injury in these sites and others is real in the current circumstances."

Yesterday, our team counted roughly 15,000 #people at #Idomeni including this little one helping her mum with lunch. pic.twitter.com/OuKFcx0mZD

Greece is due to start sending back all migrants who have crossed the Aegean Sea illegally back to Turkey next week, but how they will do it is still being negotiated between the EU, Turkey and Greece. Meanwhile, riots are breaking out on a daily basis in refugee reception centers on Greece's islands.