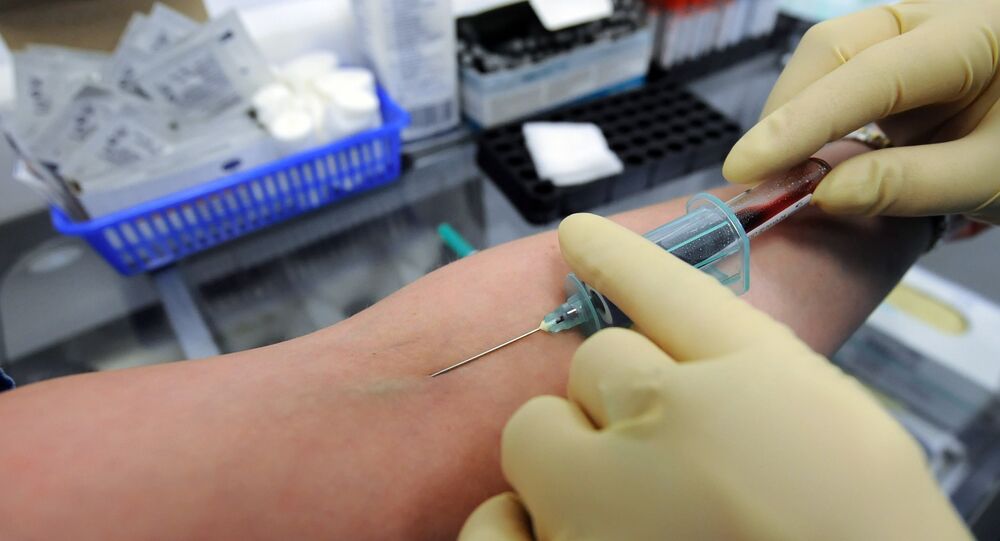 Up to nineteen patients who had blood tests taken at a Helsinki University Central Hospital (HUS) in the city's central district of Kamppi may have been exposed to serious contagious diseases due to the unintentional use of dirty needles.

© Flickr / NIAID
Key to HIV Treatment Found in Human Blood
Helsinki University Central Hospital gauged the risk of infection as "slight", but nevertheless admitted the risk that patients could have potentially been exposed to HIV or Hepatitis B or C, Finland's national broadcaster Yle reports.

According to HUS officials, patients who had blood tests taken at the HUSLAB laboratory in Kamppi between the hours of 8:45 am and 12:45 pm on Wednesday, March 29 may have been exposed to contagious diseases due to the use of dirty needles, which had already been in use. According to Asko Järvinen of HUS, the incident has affected a maximum of 19 people. He blamed the errors on a series of mistakes made by lab technicians.

"The needles that came into use again had previously been discarded and placed in a cup that for an unknown reason was not emptied," Järvinen told Yle.

"It's a serious case and feels really strange. My first reaction was astonishment, but I am nevertheless satisfied that the issue was handled so quickly and that precautionary measures for the future have been taken," Henriksson said.

© AP Photo / Stephan Savoia
Tainted Blood: Italian Patients Infected With HIV Dissatisfied With €10 Million Payout
Järvinen ensured that the incident should not happen again and stated that lab routines were immediately reviewed upon discovery of the errors.
According to hospital officials, it was the lab technician who erroneously used dirty needles on patients who also notified his superiors of the accident.

Piia Aarnisalo, CEO of HUSLAB, admitted later that the lab technicians actually received a bonus for speedy work. Having acknowledged, that the employees were rewarded with a financial bonus for a certain number of blood samples taken, she also ruled out the possibility of haste being the crucial factor behind the incident, says Yle.

Criminal charges have not been filed in connection with the case yet; if they are, the lab technician may face a prison sentence of up to two years, should the situation be categorized as endangering other people's health or causing personal injury.

According to Kimmo Nuotio, professor of criminal law at the University of Helsinki, the classification of the crime depends on whether any of the subjected people turn out to have been infected.