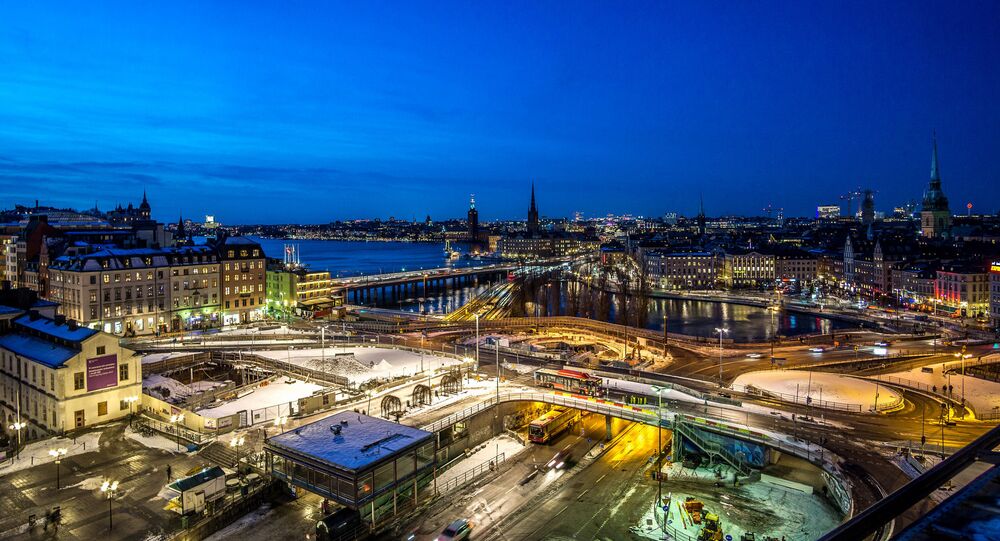 Sweden, which has been dubbed a "jihadist paradise," has finally introduced new legislation designed to crack down on Islamic radicalism, as new fears of terrorist attacks grows across Europe.

The new regulations come into force just over a week after over 30 people were killed in a series of suicide bombings in Brussels' Zaventem airport and the city's Maelbeek underground station.

"With last week's horrific attacks in Brussels still fresh in our minds, it feels very good that from today onwards, we have new, tougher legislation in place, which gives the security services more muscle to prevent terrorist crimes in Sweden," Prime Minister Stefan Löfven told Expressen as he unveiled the toughening of the legislation alongside a pronounced increase in funding for both security forces and border troops.

© AFP 2020 / LEHTIKUVA / Markku Ulander
Young Guns: Scandinavia Begins to Wise Up to Radicalized Youth
The anti-terror legislation, which was pushed through parliament in March, is geared at targeting radicals, especially those who travel abroad to join a terrorist group. Those who are convicted of the intent to seek training or commit terrorist acts abroad will face a minimum two-year sentence. Sponsoring a terrorist group, on the other hand, will carry a sentence of up to six years behind bars.

Sweden's security police SÄPO has previously identified at least 300 people as having left Sweden since 2013 to join the militant jihadists in the Middle East. No less than 135 are believed to have returned to Sweden and currently rank among the biggest threats to the country.

Meanwhile, Sweden's National Crime Prevention Council (Brå) recently unveiled new statistics that could have an explosive effect on the debate about where Sweden is heading. According to Brå, deadly violence in Sweden rose sharply last year: 112 murder cases were reported. The Council itself has abstained from further comment, citing that it is yet to be determined, whether it is a nasty new trend or merely a coincidence.

© AFP 2020 / JONATHAN NACKSTRAND
Sweden's Police Short on Staff, Funds Amid Refugee Chaos, Terrorist Threat
Sweden has the world's most lenient immigration policy, one which was recently praised by no less than UN's Secretary General Ban Ki-moon. However, it has been commonly cited as one of the reasons for the upsurge in violent crime. Despite the fact that politically correct Sweden's official statistics conceal the ethnic background of violent criminals such as gang rapists, these crimes have risen to an extraordinary high level since 1975, when Sweden set out to become a multicultural society (over 163,000 immigrants arrived in the country last year alone.) Sweden was unable to properly assimilate the arriving migrants, and is now riddled with ethnic ghettos, where crime and extremism are allowed to flourish.

Recently, Sweden has faced a number of prominent crimes, many of which made the front page in the local newspapers. Among the recent high-profile cases is the murder of Alexander Bengtsson, a young politician from the center-right Moderate Party and an avid blogger, who was reportedly found dead in a burnt-out car earlier this week.