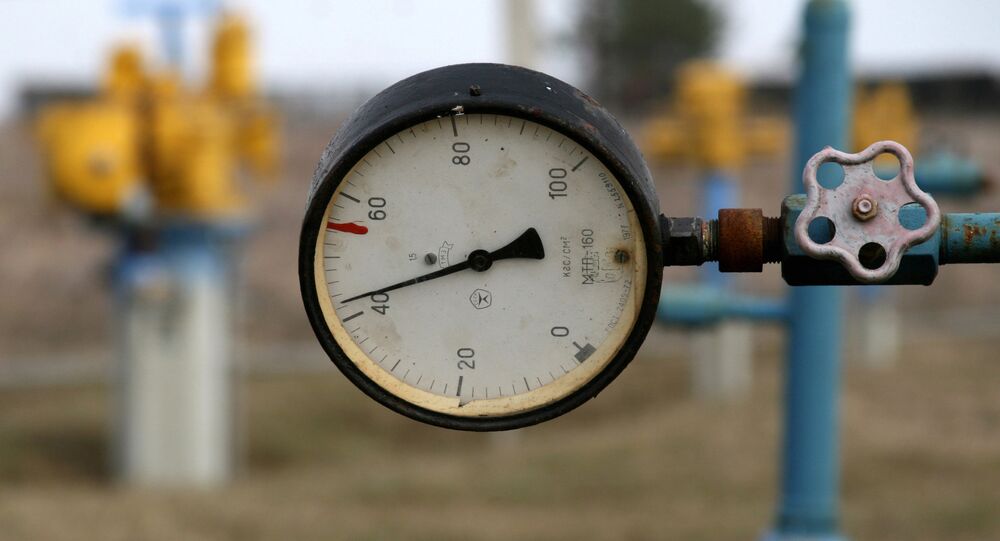 Kiev expects Moscow to offer a market price for gas, however, does not agree with such policy.

WASHINGTON (Sputnik) – Kiev expects Moscow to offer a market price for gas, and insists there is no political goal to not agree to such a proposal, Ukraine’s Minister of Energy and Coal Industry Volodymyr Demchyshyn told Sputnik on Thursday on the margins of the Nuclear Security Summit in Washington, DC.

"We wouldn’t mind buying [gas from Russia] as long as they provide it at the market price," Demchyshyn said, adding that Ukraine will continue to buy gas from Europe now, as it is still cheaper. "If Gazprom agrees to offer [gas] at the market price, we don’t have a political goal, but it makes no sense to buy at a more expensive price."

© AFP 2020 / SERGEY BOBOK
Ukraine Waiting for Russia’s Reply On Trilateral Gas Talks
In October 2015, Ukraine's energy company Naftogaz said that the country was completing the purchase of gas from Russia's energy giant Gazprom, and the decision to continue to import gas from this supplier would depend on the price. The following month, Ukraine halted purchases of Russian gas, saying the pricing offered by its European partners was much lower than that offered by Moscow.

In order to substitute Russia's gas Ukraine receives reverse gas flows from EU states, such as Slovakia, Hungary and Poland.