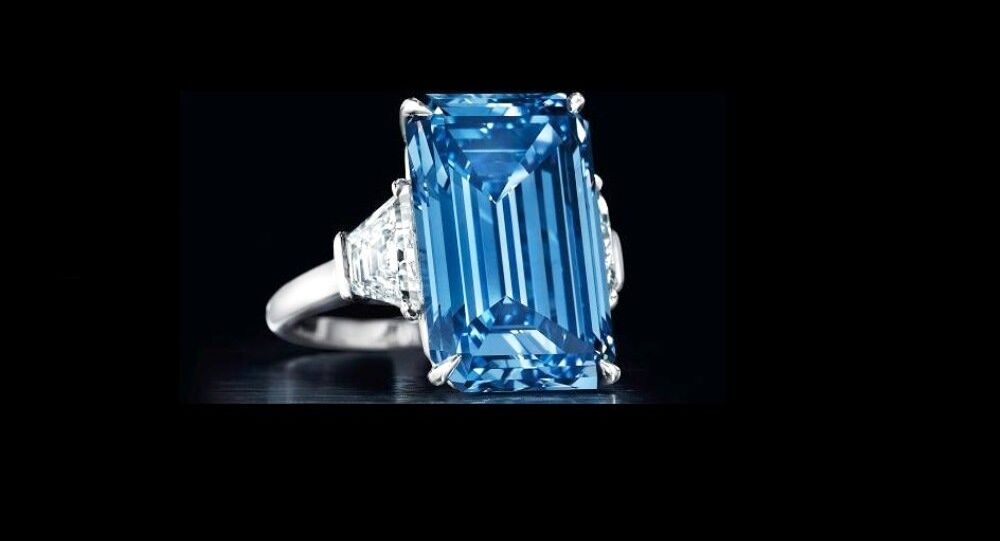 The largest ever fancy vivid blue diamond is to go under the hammer at Christie's in Switzerland and could fetch US$45 million. The 'Oppenheimer Blue', named after its previous owner will be the star of the show at an auction of 'Magnificent Jewels' in Geneva.

"This stunning Fancy Vivid Blue rectangular cut gem promises to create a media sensation as it travels around the world, fascinating both collectors and gem enthusiasts alike, before it makes its way to the auction block in Geneva," Rahul Kadakia, Christie's International Head of Jewelry said.

They don't make diamonds the size of bricks — but they can carry a hefty price tag. The biggest ever rough diamond to be mined was discovered in 1905 in South Africa. The Cullinan is worth US$400 million.

The Hope Diamond, perhaps the world's most famous rock is worth US$350 million.

The De Beers Centenary Diamond is said to be worth US$100 million.

When it comes to diamonds going under the hammer, the Graff Pink set the record for the most expensive jewel sold at auction in 2010, auctioned at Sotheby's in Geneva for US$46 million

The second most expensive jewel to be sold at auction was The Princie, bought by an anonymous buyer at Christie's in New York for US$39.3 million.

The Steinmetz Pink, owned by the Geneva-based Steinmetz Diamond Group is worth US$25 million.

A deep blue diamond named Wittlsbach-Graff was bought by an English jeweler in 2008 for $24.3 million.

The Perfect Pink, named after its intense color was sold at Christie's in Hong Kong in 2010 for US$23.2 million.

The Archduke Joseph colorless diamond set a record for being the most expensive diamond per carat ever sold at auction in 2012. An anonymous buyer bought it for US$21.4 million.

And international demand for the most precious mineral continues to grow. Global consulting firm Bain & Company forecasts an average yearly growth of 5.9 percent through to 2020. Bids for the Oppenheimer Blue begin on 18 May in Geneva.