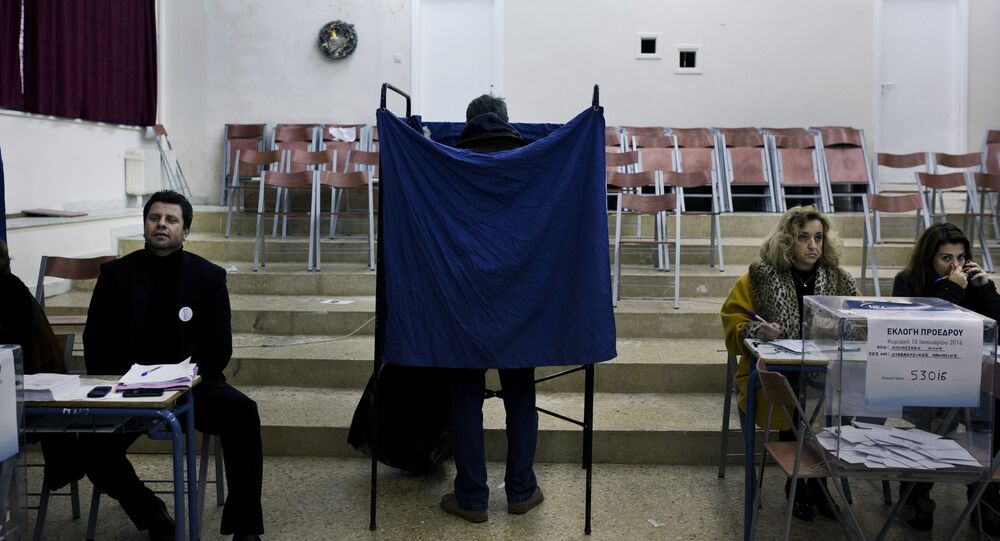 Greek government spokeswoman Olga Gerovasili said that Kyriakos Mitsotakis, the leader of the opposition New Democracy party, who called for early elections in Greece, should be careful.

On Tuesday, Kyriakos Mitsotakis, the leader of the opposition New Democracy party, called for early elections in Greece.

"The government has a recent and strong mandate to implement the deal [with Greece's international creditors] and to form a stable and safe environment for the economy and society. Only those, who have reasons to repeal the legislation in the area of protection of transparency and the public interest, are interested in immediate elections… The country has a stable government for the period of four years," Gerovasili said.

© REUTERS / Michalis Karagiannis
Former Greek Prime Minister's Son to Lead Main Opposition Party
She added that Mitsotakis should be careful not to have his policy associated with such plans.

The left-wing Syriza party has formed a government for the second time after the September 20 parliamentary elections. The snap elections were held in a bid to gain public support for the austerity reforms agreed by Prime Minister Alexis Tsipras to secure financial aid from the country's international creditors and to keep the country in the eurozone.