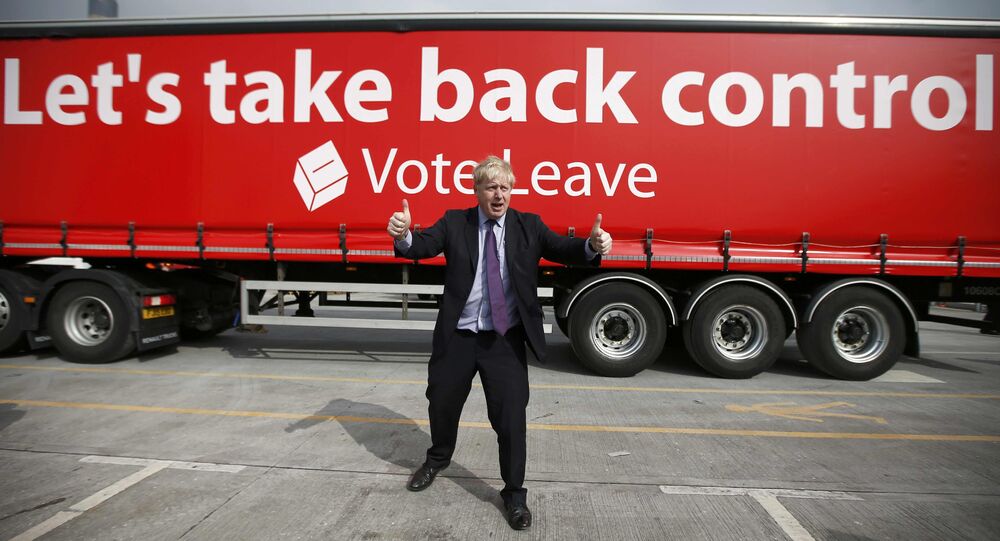 Should I Stay or Should I Go Now? Clash of the Brexit Campaigners

British groups bidding to lead the campaigns to stay in or to leave the European Union at the In-Out referendum due on June 23 have submitted their applications to the Electoral Commission Thursday ahead of the official launch of the battle for Brexit.

Groups and individuals intending to apply for designation as the lead campaign for either outcome in the EU Referendum had until March 31 to submit applications to the Electoral Commission. One lead campaign can represent each side of the referendum debate, acting as the lead group on behalf of those campaigning for that outcome.

Nominate a friend to register to vote so they can have their say! #RegAFriend bit.ly/1PxUf8t

Posted by The Electoral Commission UK on Thursday, March 3, 2016

"We will be running a fair, open and transparent process for designating lead campaigners. It is important that any campaigner applying for designation carefully reads our guidance before submitting their final application as we will be basing our decision purely on the evidence provided within it."

There are several groups on either side of the campaign. 'Britain Stronger in Europe' is the main cross-party group campaigning for Britain to remain in the EU, headed by former Marks and Spencer chairman Lord Rose. Its campaign is backed by the Confederation of British Industry, whose Director-General, Carolyn Fairbairn, has warned that leaving the EU would cause a serious shock to the UK economy, with a potential cost to UK GDP of US$144 billion and 950,000 jobs by 2020 and negative echoes that could last many years after that.

Why we're stronger IN

All over the country, thousands of people like you are talking about the reasons why we’re stronger and better off in Europe. From jobs and businesses to security and lower prices in the shops, here’s what just a few of you had to say.

Posted by Britain Stronger in Europe on Friday, March 25, 2016

Handing in the 45,000 pledges we have received! #GOGOGO #LeaveEU pic.twitter.com/lYk06SZmBG

WATCH: The remain campaign cannot tell us how much worse things will get if we stay in the EU https://t.co/iic8fnRoCc #LeaveEU

Funded by UKIP donor Arron Banks and other business people, it has the backing of longstanding Euroskeptic groups, some Conservative MPs and UKIP, plus others such as the former Respect MP George Galloway. It has the backing of former Defense Secretary Liam Fox, who said: "If you cannot make your own laws, if you cannot control your own borders, you are not an independent, sovereign nation and I want to live in an independent sovereign nation."

UK Prime Minister David Cameron — who was forced to call the In-Out referendum because of rising Euroskepticism and deep anti-EU sentiment within his own party — has attempted to make the case for remaining within a "reformed" EU. At a crucial European Council summit in February, he won a number of concessions over British membership.

These includes an agreement that Britain would not pursue 'ever closer union', that non-Eurozone states would not be discriminated against and that in-work benefits for EU migrant workers could be withheld for up to four years, to prevent benefit tourism.

The Electoral Commission will decide which of the campaign groups will be given lead status to head-up the campaigns and will announce its decision by April 14.