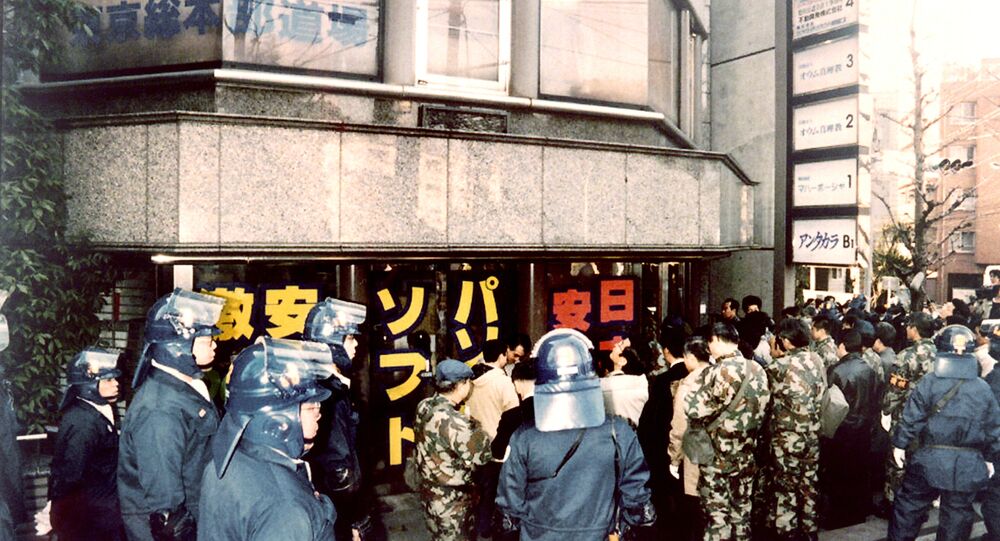 As if Daesh - also known as ISIL - was not enough to worry Europe, a murderous 1990s Japanese cult has just popped up in the Balkans. The small republic of Montenegro has announced the expulsion of 58 foreigners, thought to be affiliated with the Aum Shinrikyo sect.

Although Montenegro police did not explicitly identify the group, an anonymous source told AFP that the people asked to leave the country belonged to the cult founded by Japanese mystic Shoko Asahara.

While allegedly inspired by Hindu and Buddhist philosophies, Aum Shinrikyo (also known as Aleph) was an incredibly secretive clique with radically eschatological beliefs.

In 1995, the "church's" obsession with an impending Apocalypse resulted in a series of lethal sarin nerve gas attacks on the Tokyo's subway — which left 13 dead and thousands injured.

The terrorist act resulted in the arrests of several members of the organization, including its leader Asahara, who was subsequently sentenced to death (the verdict is yet to be executed).

However, it seems that some splinter groups once linked to the organization survived its demise. Now, a report by the Montenegrin police claims that they had "received information from partner security services showing that a group of foreign nationals, who were members of a closed religious group, were staying in Montenegro."

Last Friday, authorities found that a group of individuals staying in a hotel in the town of Danilovgrad, central Montenegro, did not posses the right documentation to be able to stay in the country.

© AFP 2020 / RAMI AL-SAYED
Europe as 'Battlefield': Who Contributed to Emergence of Radical Islamism
The group — 43 people from Russia, four from Japan, seven from Belarus, three from Ukraine and one from Uzbekistan — gave statements to the police and handed over their laptops and phones for further investigation. No arrests were made, but the suspected sect members were asked to leave the country.

While the Armageddon-obsessed cult has been dormant for almost two decades, in 2010 a US government's report expressed concerns about "its continued adherence to the violent teachings of founder Asahara that led them to perpetrate the 1995 sarin gas attack."