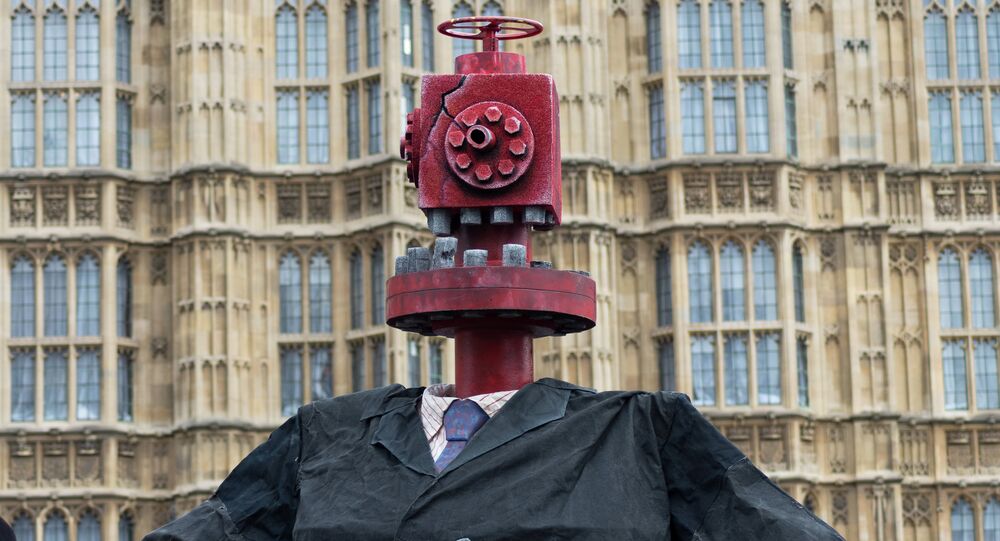 The Scottish Green party on Thursday pledged to introduce a bill to the next session of the Scottish Parliament to ban fracking activities in Scotland, Green Party Environment spokesman Mark Ruskell said in a statement.

EDINBURGH (Sputnik) – The Scottish Government controlled by the Scottish National Party (SNP) currently has a moratorium in place, halting the controversial process until more is learned about its risks and benefits. However, environmental activists, including members of the Green Party have been accusing the SNP of skirting around the issue.

"Should the SNP continue their attempt to fudge this issue in the next session of parliament Greens will bring forward legislation to enforce a ban. Using existing planning powers and forthcoming powers over licensing there is no excuse for not taking the bold action our communities need. Scotland can ban fracking and invest in clean, lasting alternatives, and it is the Greens who continue to lead this fight," Ruskell said.

© AFP 2020 / LEON NEAL
Battle for Scotland Isn't Over: SNP to Submit Timeline for Next Referendum
According to Ruskell, his party supports the moves by several members of the SNP to ban fracking, but he accused the leadership of the SNP of ignoring these grassroots initiatives.

Fracking, or hydraulic fracturing, is a process in which liquid is injected into wells at high pressure to break up rock formations that tend to clog underground reservoirs of oil and natural gas.