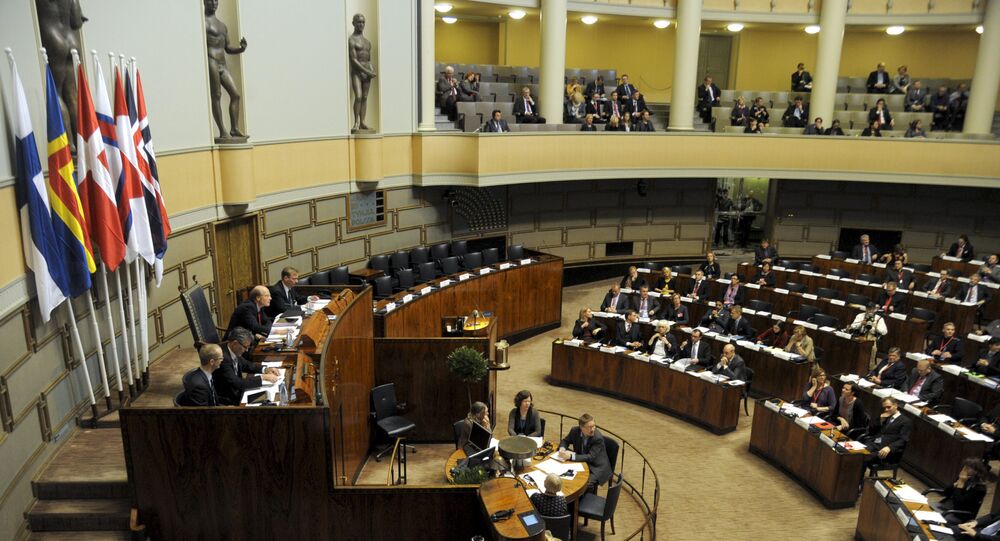 The Nordic Council, comprising Denmark, Finland, Sweden, Norway and Iceland, is planning to set up a network across the whole of Scandinavia for municipalities and cities to learn from each other how to protect their youth from being radicalized.

For two days, representatives from a total of 20 Nordic municipalities have been gathered in Malmö, Sweden to develop the best methods for municipalities to target violent extremism.

"It's all in the local environment and direct contact with school, leisure activities and sports; that's where young people are brought up and shaped," says Sweden's Nordic Minister Kristina Persson, as quoted by the Swedish Radio.

© AFP 2020 / STIG-AKE JONSSON / TT NEWS AGENCY
Love Will Tear Us Apart: Sweden to Review Procedures for Married Children
The conference has resulted in a handbook detailing methods for schools to liaise with parents and pupils in a more effective way. The keynote is that the Nordic municipalities should instill its residents with trust in the community where they live.

Recently, Sweden's national coordinator against violent extremism Mona Sahlin, who has been severely criticized for taking an extremely lenient policy on the ongoing radicalization of juveniles, voiced concern about the dissemination of extremism "on home turf." At present, Sweden has contributed the second highest number of Daesh terrorists per capita in Europe, second only to Belgium, which of late fell victim to a series of ferocious terrorist attacks.

"We have never baby-talked or hugged terrorists, instead we try to find and reveal them before they have gone too far and joined an extremist movement," she said in an apologetic interview with Expressen.

© AFP 2020 / JONATHAN NACKSTRAND
Sweden's Police Short on Staff, Funds Amid Refugee Chaos, Terrorist Threat
Teachers, social workers and police officers have all been scheduled for special training to be able to spot the "warning signs." A national hotline was also established for people to report signs of jihadist tendencies, which many perceived as revealing the failure of the state to carry out this activity themselves.

According to Linda Staaf, head of the national police intelligence unit, people who are involved in international terrorist networks commit crimes in Sweden as well.

"It is mainly about drugs, violent crime, unlawful possessions of firearms, extortion as well financing of terrorism," she said.