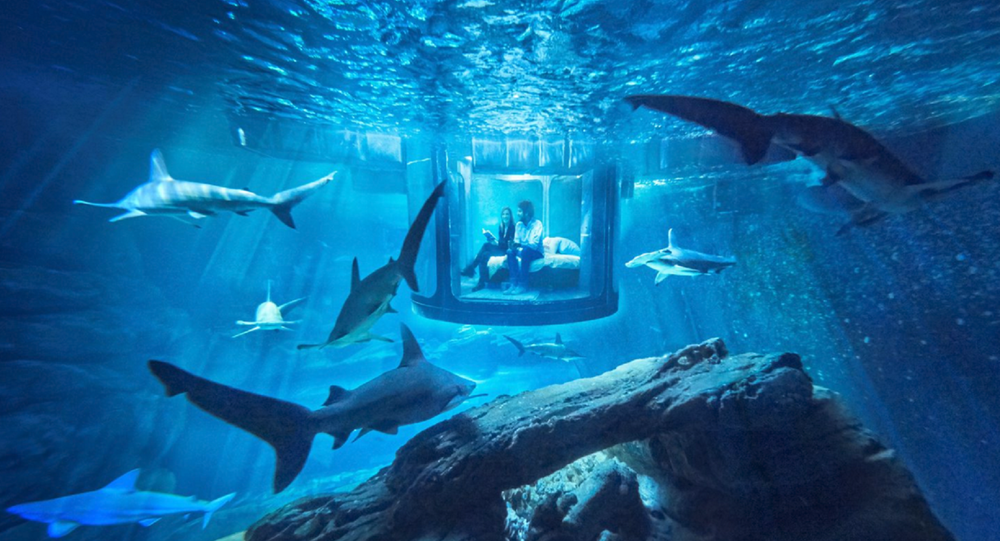 The Aquarium de Paris has teamed with Airbnb to allow three lucky winners to sleep with the fishes inside a transparent bedroom lowered into the facility’s shark tank.

© Flickr / Daniel Stockman
Au Revoir L’Hotel: Paris Über Cross Over Airbnb
Those who wish to spend the night in the tank must submit an essay on why they deserve the experience, and three lucky couples will be selected for a free one-night stay in the center of a tank full of endlessly circling sharks.

Winners will be flown to Paris by Airbnb and be treated to a meal, an aquarium tour, and a show by a diver who will “dance alongside the sharks,” as the couple relaxes in the relative safety of their submerged bedroom, Newser reports.

To be eligible for the prize visitors must be over 18 years old, medically fit, and weigh less than 418 pounds combined. The rules also state that no “sleepwalking or night swimming” will be allowed in the shark tank.

"We're thrilled to be the first aquarium in the world to offer this chance for people to be more than simply visitors, but to get such an 'immersive' experience," the aquarium's CEO told the Irish Independent.

© Flickr / woolennium
The End of Shamu: Animal Rights Activists Hail Huge Victory in SeaWorld Row
Winners of the once-in-a-lifetime experience to sleep inside a circle of swimming Selachimorpha will be announced on April 9.

The bedroom will be temporary, later becoming a work space for researchers.

The Irish Times explained that an underwater room will reduce the number of times researchers will have to enter the tank, lessen the amount of bubbles in the water, and allow more unobtrusive observation of the natural behavior of the animals.

Wrestling With Sharks Can Get You Fired