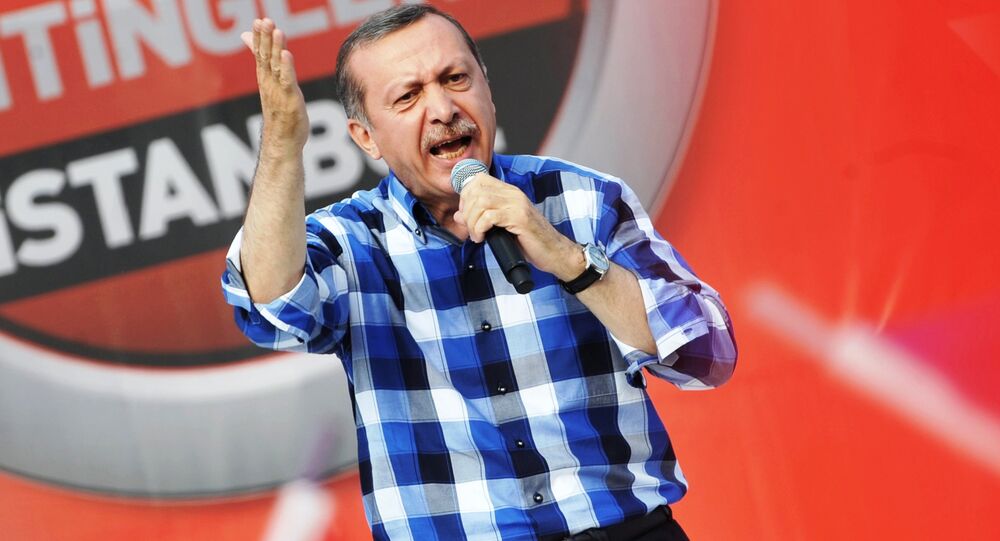 A diplomatic row has broken out between Ankara and Berlin over references to Turkish President Recep Tayyip Erdogan in a German satirical TV show which is likely to put a strain on the German-brokered migrant deal with Turkey.

German Chancellor Angela Merkel brokered the deal under which "irregular migrants" — those refused asylum — would be returned from Greece to Turkey. However, critics of the deal say that Turkey does not provide proper facilities for refugees and that Erdogan's government is cracking down on dissidents and independent media — which flies in the face of EU policies.

The German ambassador to Ankara, Martin Erdmann, was summoned by Erdogan's government, following the broadcast of the song " Erdowi, Erdowo, Erdogan" on 'Extra 3', the satirical program on NDR television.

The lyrics include references to Erdogan, saying: "He lives the high life, the boss from Bosporus" and "A journalist who wrote anything that Erdogan does not like, is already in jail tomorrow."

"The contribution lowers our president. This is unacceptable," a spokesman for the Turkish Government told Spiegel Online.

The diplomatic spat is likely to embarrass Merkel, who has maintained strong relations with Erdogan, agreeing to use her influence to speed up Turkey's accession into the European Union. However, she has drawn criticism from both within Germany and abroad for ignoring Erdogan's government crackdown on political dissidents and the media.

© AFP 2021 / Ozan Kose
Turkey in Fresh Diplomatic Row as Consuls Support Under-Fire Journalists
Under the controversial EU-Turkey deal brokered on March 18, the EU would allow for Turkish citizens to enjoy visa-free entry into the EU and for Brussels to commit to "reenergize the accession process" for Turkey to join the EU.

Erdogan has harshly criticized western diplomats after several arrived on March 25 to support Can Dundar, editor-in-chief of the Cumhuriyet newspaper, and his colleague Erdem Gul on the first day of their trial in Istanbul.

Shortly thereafter, Dundar and Gul were arrested on charges of being members of a terror organization, espionage and revealing confidential documents, facing sentences of up to life imprisonment. The investigation was launched in May 2015, after the newspaper published photos depicting weapons transferred to Syria in trucks of the National Intelligence Organization.

Erdogan is known for his sensitivity to criticism. Turkish prosecutors have opened nearly 2,000 cases against people for insulting Erdogan since he became president 18 months ago, the country's justice minister said this month. They include cartoonists, academics and even schoolchildren.