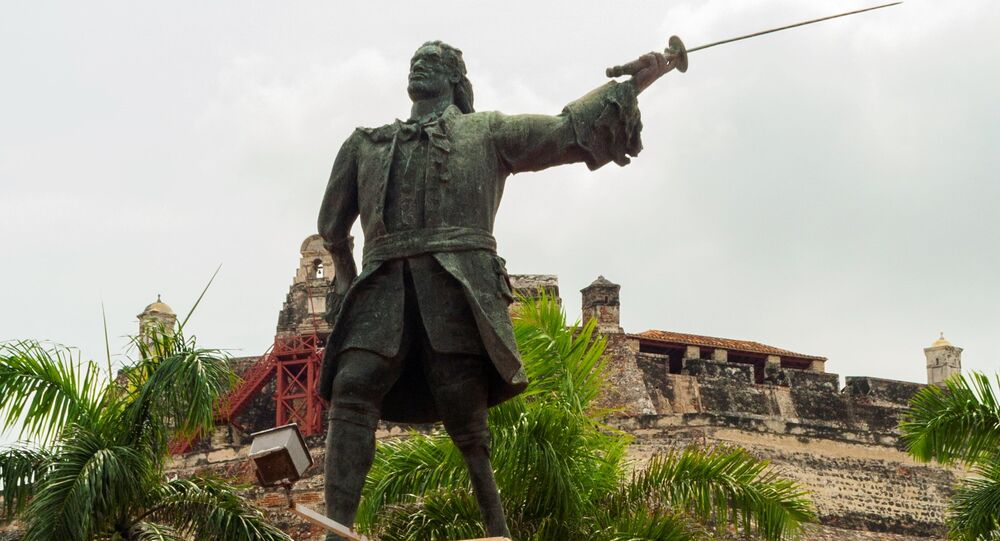 An armada of Spaniard trolls have launched an online bid to name a UK research ship after a Spanish admiral who killed thousands of British sailors in battle.

Netizens have clearly decided to have a good laugh at science's expense, and so far the most-voted proposal is "Boaty McBoatface." The runner up — until this morning — was the even more sinister "Blas de Lezo."

Multi-amputee admiral de Lezo is well-known for having fended off Britain's onslaught at the Spanish port of Cartagena de las Indias (in what is today's Colombia) in 1741.

The battle pitted Spain's 3,000 soldiers and six ships against a much larger British fleet of 124 men-o'-war and 27,000 troops. Still, under de Lezo's stewardship, the Spanish prevailed, killing at least 9,500 British soldiers and sinking dozens of ships.

This achievement was ironically repurposed as a good reason to call the research ship after him.

The (clearly Spanish) user who first floated the name on NERC's website called Blas de Lezo "one of the best sailors in the world and made great contributions to the British undersea research."

The suggestion immediately caught attention and had mustered over 38,000 votes when NERC decided to take it off the online poll on Tuesday morning. According to the Spain Report, the name was removed because it was "deemed liable to cause offence." It will be automatically excluded if put forward again.

.@NERCscience Why have you erased #BlasDeLezo entry in #Nameourship? Don't like democracy? It is a shame and a new humiliation for you.

While this could be sealing Boaty McBoatface's victory, it is worth underlining that NERC has repeatedly stated that while online suggestions will be considered, the institute retains the ultimate right to choose the ship's name.