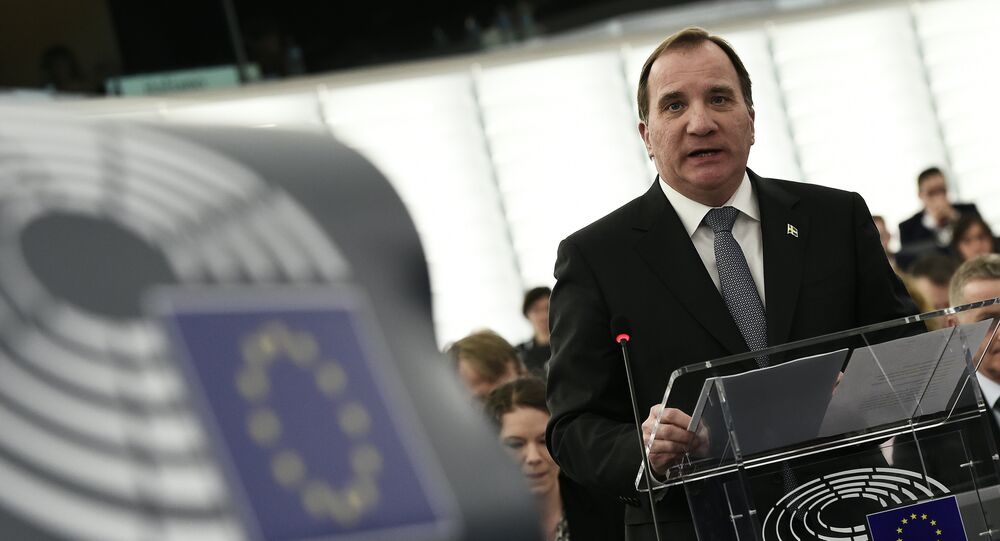 Public support for the Sweden's 'red-green' government, led by Stefan Löfven, has sunk to a historical low, a recent survey shows.

© Flickr / Chris Lofqvist
No Room at the Inn: Mass Migration Threatens Sweden's Tourism Sector
According to the survey, commissioned by the Swedish newspaper Dagens Nyheter and performed by the polling institute Ipsos, less than one out of four voters think that the government is actually doing a good job. Compared to the previous survey of public support for the government, which was carried out in October 2015, public approval has fallen markedly, from 27 percent to 23 percent.

Support levels in recent decades have usually hovered around 40 percent. For example, between June 2013 and June 2014, a stable share of above 40 percent of Swedish voters believed that government was coping with its present-day challenges.

One reason for the noticeable drop in support for the government's work is the broad discontent that has emerged as a result of its sloppy handling of the refugee crisis, which many describe as a descent into outright chaos.

"There were really only two occasions when the public trust in the government was down that low. The first one happened during PM Göran Persson's first year in power after the budget consolidation. The Persson government was then back to about the same levels in 2005, when the criticism against the government's handling of the tsunami aftermath was most intense," says David Ahlin of Ipsos.

Since last fall, the political debate in Sweden has been largely dominated by the refugee crisis. When questioned by the survey institute Sifo on behalf of the newspaper Svenska Dagbladet in March, a staggering 64 percent of respondents said they have very little confidence in the government's ability to tackle the refugee influx.

"The only ones who are genuinely happy right now are the Socialist voters, a majority of which seem to be satisfied. Otherwise, it is all about different degrees of discontent coming up," said David Ahlin of Ipsos, as quoted by Svenska Dagbladet.

With only 37.9 percent of the popular votes, the Löfven cabinet is one of the weakest minority governments in the history of Sweden. The cabinet is largely dependent on support from other parties in the Swedish Riksdag.

It is also the first time in 57 years that the Social Democrats (Socialdemokraterna), a permanent fixture in the Swedish parliament, has been forced to form a coalition government with the Green Party (Miljöpartiet).