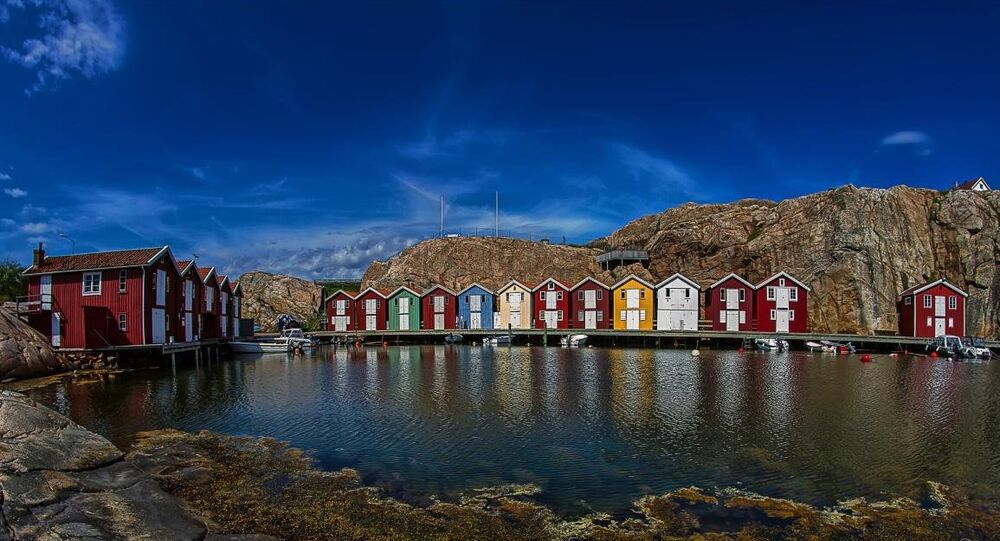 Sweden's tourism industry has been threatened by the massive upswing in immigration, argues the Swedish newspaper Svenska Dagbladet, which explains that many hotels, campsites and other accommodations that are important to the industry will be fully occupied by asylum seekers, with the high season approaching.

The Swedish tourism sector has a yearly turnover of nearly 270 billion SEK (roughly 32 billion USD) and employs nearly 160,000 people, according to data from the Swedish Growth Board (Tillväxtverket). In addition to spending money on transport and accommodation, tourists visit restaurants, shops and entertain themselves, spending an additional 100 billion SEK (roughly 12 billion USD), according to a report presented last summer. Above all, the inflow of foreign tourists has increased sharply in recent years. Between 2000 and 2014, the foreign visitors' total spending rose by a staggering 137 percent, making tourism an important source of revenue for Swedish companies, municipalities and the state.

© Flickr / ri Sa
‘Friendly' Finland Hopes to Lure Tourists Amid Terrorist Threats
This year, however, things may take a downward turn. Many vacationers may opt out simply because Sweden is not up to the task of providing them with accommodations, as many hotels and campsites at the most sought-after summer destinations have already been converted to accommodate asylum seekers rather than tourists.

The demand for lodging for asylum-seekers is sky high and still climbing. Last week, the Migration Board stated the need to renew contracts for the accommodation of 60,000 people, and the need to put up 20,000 additional refugees.

Just a few months before the summer season, the tourism industry is still waiting for important information about how summer tourism will be affected by the Migration Board's major plan to transform a number of tourist facilities into asylum accommodations. Neither the Migration Board, the tourist data portal Visit Sweden, nor the hotel and restaurant industry's own trade association Visita have provided information about the coming loss of the former tourist facilities, which is why many local tourism organizations are still uncertain about the coming summer.

"In some municipalities, there will be no spare hotel beds at all," says Lena Larsson, CEO at Småland Tourism, as quoted by Svenska Dagbladet.

© AFP 2021 / JONATHAN NACKSTRAND
Sweden's Police Short on Staff, Funds Amid Refugee Chaos, Terrorist Threat
Astrid Lindgren's world in Mariannelund in the province of Småland, the Batellet spa in Marstrand, and the city hotel in Lysekil all rank among Sweden's most desired holiday destinations. However, currently they are all housing refugees from Somalia, Afghanistan and the Middle East rather than affluent Germans and Britons.

One of those hoteliers who decided to abandon the tourism industry altogether is Maria Karlsson, who owns a hostel in the little town of Hammenhög, home to less than a thousand inhabitants; her community has been swamped by five centers offering refugees accommodations. She says it is far more lucrative to rent out the hostel to the Migration Board than to stay in the tourist industry.

At present, there are indications that things will get even worse in the coming months. A new wave of asylum-seekers is expected to wash over Sweden, and the Swedish Migration Board is getting ready to grab even more hotels, hostels, campsites and spas to convert them into asylum accommodations.