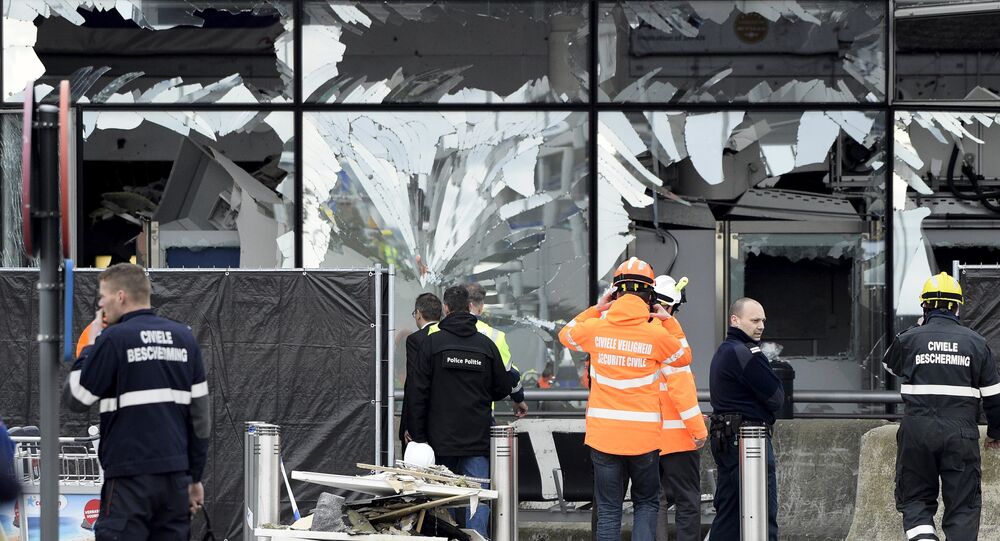 Snowden: 'The Brussels Attack Was Preventable'

Edward Snowden claims that this week's terror bomb attacks in Brussels that killed over 30 people and injured hundreds of others were preventable through traditional intelligence service.

WASHINGTON (Sputnik) – This week's terror bomb attacks in Brussels that killed over 30 people and injured hundreds of others were preventable through traditional intelligence services, not electronic mass surveillance, whistleblower Edward Snowden says.

"The Brussels attack was preventable through traditional intelligence means," Snowden stressed on Friday, speaking by telecast from an undisclosed location in Russia at a conference hosted in Tucson, Arizona by the University of Arizona College of Behavioral Sciences.

Snowden, a former contractor for the US National Security Agency (NSA) revealed the vast extent of US government secret surveillance of its citizens in 2013. He was a former Central Intelligence Agency (CIA) employee who copied classified information from the NSA to reveal the secret programs to the public.

"Resources are misallocated… When you collect everything you understand nothing… You don't have the focus… You're blinded by the noise. We are classifying so many things that we have lost sight of what a real life-threatening secret truly is," Snowden said on Friday.

© AP Photo / Haberturk newspaper
Suspected Brussels Bomber Put on US Terror Watch List Before Paris Attacks
The whistleblower pointed out that according to published reports, Turkey had informed the Belgian government in advance about the suspicious activities of the individuals who carried out the Brussels attacks.

Snowden also mentioned that mass electronic surveillance had failed to prevent the Boston Marathon bombings by the Tsarnaev brothers in 2013.

According to Snowden, Russian authorities warned the FBI in 2011 about Tamerlan Tsarnaev, one of the two brothers, but US authorities missed chances to detain him.